But it turns out that Trump was in on the joke and the heckler was none other than comedian Larry David of Seinfeld and Curb Your Enthusiasm fame. The joke comes after Deport Racism PAC offered $5,000 to any audience member who would call Trump a racist during his performance.

David, one of the world’s richest comedians, told Trump that it was the money he was after. Asked by Trump during the bit why he shouted, David replied, “I heard if I yelled that they’d give me $5,000.”

“As a businessman I can fully respect that,” said Trump. “That’s ok.” 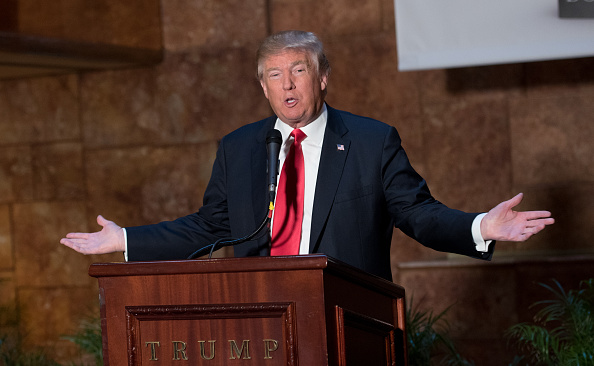 Donald Trump Played It Safe on Saturday Night Live
Next Up: Editor's Pick