Quentin Tarantino to Cops: Stop Shielding Your Own

As police unions around the country continue to call out Quentin Tarantino, the director himself is hitting back. Following an interview with MSNBC on Wednesday, Tarantino appeared on Friday’s episode of Real Time with Bill Maher, and told host Bill Maher that police officials are taking the focus away from the issue of police brutality by focusing on him.

“If they were saying what I said and they had a problem with that, well then now we’re actually talking about the problem,” Tarantino said. “But they’re not dealing in a fair issue. They’re saying I’m a cop-hater, which is slander, because I didn’t say that. And they’re implying that I meant all cops are murderers. The thing that’s sad about it is that we actually do need to talk to the cops about this. We need to get to the problem. We need to bring this to the table.”

Those comments were slammed by police unions around the country, who have pushed for a boycott of Tarantino’s next film, The Hateful Eight. New York City Patrolmen’s Benevolent Association president Patrick J. Lynch called Tarantino a “cop-hater,” while Fraternal Order of Police executive director Jim Pasco said his group, the largest organization of police officers in the world, had a “surprise” planned for Tarantino.

Speaking about the police response on Friday, Tarantino likened it to a “hydra.”

“It’s a snake with many heads,” Tarantino said. “I actually think the biggest head that needs to be chopped off first is this blue-wall idea. The fact that they would protect their own as opposed to put themselves at the betterment of citizenry. I don’t think it’s an issue of individuals, good cops versus bad cops, I think it’s inside the institution itself. If they were really serious about this, they wouldn’t close rank on what I’m obviously talking about on this, which is bad cops. I’m obviously talking about specific cases, where it is murder, as far as I’m concerned.”

The Hateful Eight is out on Christmas Day. Watch Tarantino discuss his comments with Maher below. 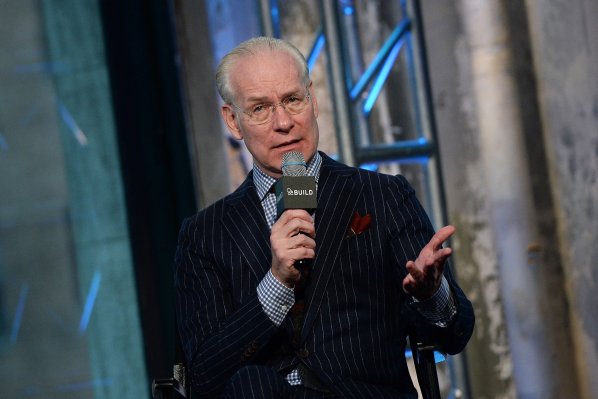