Republican Ben Carson is lashing out at reporters for questioning his biography and complaining about what he sees as uneven media coverage.

An unusually animated Carson met reporters in Palm Beach Gardens, Florida, to respond to a pair of negative stories written about his campaign. In one, CNN raised questions about his self-described violent youth. In another, Politico suggested that the retired neurosurgeon had fibbed about an offer of a scholarship to attend the U.S. Military Academy at West Point.

Both stories stood to undercut parts of Carson’s biography that has helped rise to the top of the Republican presidential field—despite having never before sought elected office.

“My job is to call you out when you’re unfair,” Carson scolded. “The American people are waking up to your games.”

Carson used the unusual Friday-evening news conference to turn the tables on journalists. He interrupted, mocked and scolded the reporters for even questioning his biography, which has helped him sell millions of books. He predicted that the stories that questioned his character would only help him solidify support among the GOP base, which deeply distrusts the mainstream press.

“All of you guys piling-on is actually going to help me. … This is a witch hunt,” he said.

Carson also tried to shift the conversation toward President Obama, citing a common conservative belief that reporters did not thoroughly vet Obama during two national campaigns.

“I do not remember this level of scrutiny for one President Barack Obama when he was running. In fact, I remember just the opposite,” Carson said. “I remember people saying, ‘Oh, we won’t talk about that.’”

He ticked through a series of figures that conservatives see as Obama liabilities that he felt traditional reporters ignored. Frank Marshall Davis, a friend of Obama’s grandfather who was a Communist; Obama critics say Davis was his political mentor, a claim repeated debunked. He also invoked Weather Underground figures Bill Ayers and Bernardine Dohrn; during the 2008 campaign, Republican VP pick Sarah Palin said Obama was “palling around with terrorists.” Numerous fact-checkers said no.

Carson invoked Obama’s one-time pastor. “All the things that Jeremiah Wright was saying? ‘Ah, not a big problem,’” Carson said. (Reports on Wright’s sermons forced Obama to condemn his one-time pastor during the 2008 campaign.)

Then Carson shifted to Obama’s time in college. “He goes to Occidental College, doesn’t do all that well and somehow ends up at Columbia University,” Carson said. “His records are sealed. Why are you guys not interested in why his records are sealed?” Some believe Obama’s transcripts are sealed because they might indicate that he applied as a Kenyan. Obama was born in Hawaii. “Will someone tell me, please, why you have not investigated that?”

It’s a sign Carson is willing to give many Republican primary voters what they want—yet another national campaign of discredited rumors about Obama, who is leaving office in 2017.

But when reporters tried to turn the questions back to Carson, he was intransigent.

“I never said I received a full scholarship,” Carson said, before saying it was offered informally. He could not remember who offered him the scholarship.

He also declined to name the victims of his violent crime or offer witnesses who could vouch for his claim that, after a troubled and angry youth, he turned to faith and found peace.

Instead, Carson predicted reporters would continue looking for ways to make him look bad. “Next week, there will be a teacher who said I peed in my pants.” 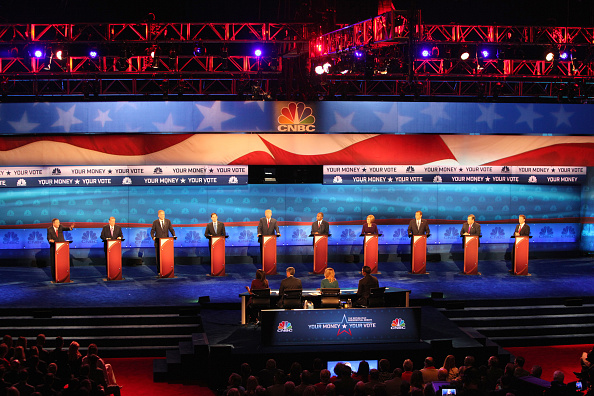 How Christie and Huckabee Will Work Around Debate Diss
Next Up: Editor's Pick