Activision just released Call of Duty: Black Ops III, which sets the series in the near future, but no plotline or information about whether the movies will pull from the series’ worlds and characters has been announced. The game franchise has a history of pulling in film and TV actors for voice and motion capture work, most notably with Kevin Spacey in last year’s Call of Duty: Advanced Warfare. Activision promises a “robust cinematic universe” is planned for Call of Duty’s cinematic version (and as the series’ single player narratives play like interactive summer blockbusters, there’s plenty of history to cull from when producing the films).

The studio is also working on an animated TV series based on Skylanders, the toys-to-life game that once began as a successor to the Spyro game series. Skylanders Academy will include Justin Long, Ashley Tisdale, Jonathan Banks, and Norm McDonald among its cast. The pilot is currently set to air in the second quarter of 2016.

Nick van Dyk, who previously served as senior vice president of corporate strategy at Disney, will serve as the studio’s co-president with another unannounced executive.

Activision Blizzard already has one of its biggest franchises set to hit movie theaters next year with the arrival of Warcraft from Legendary, but these subsequent projects will be produced and handled internally.

This announcement comes only days after Activision announced the acquisition of King, the company behind Candy Crush. And Activision isn’t the only game company bringing film production in-house, as Ubisoft established Ubisoft Pictures several years ago to develop films based on Assassin’s Creed, its Rabbids characters, and more. 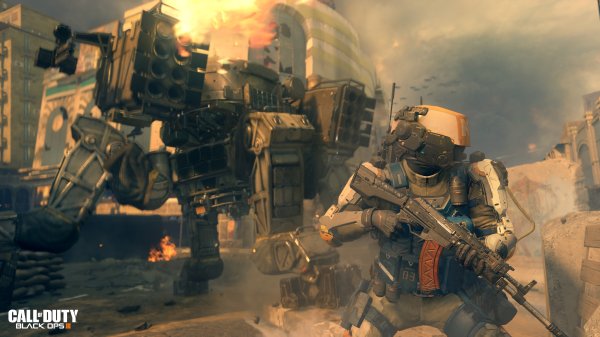 Black Ops 3 Is the Best Call of Duty in Years
Next Up: Editor's Pick