Minor spoilers for Spectre ahead.

Every few years we get a new Bond film, which means every few years we get a new Bond girl. With each new film, we ask, will this be the time where we get someone who is more than just a damsel in distress, perhaps even a woman to save the day? The answer is always no. James Bond is the savior of the world so ceding power to anyone would be unthinkable. Not to mention, he’s a raging misogynist. (Yes, it’s official. Even Daniel Craig confirmed it.)

The issue is particularly striking this holiday season where Jennifer Lawrence’s The Hunger Games will compete with a female-led Star Wars movie for the biggest box office. Bond may still drive off his damsels in distress in vintage cars, but the world is changing around him. Throughout the Spectre press tour, Daniel Craig has been asked repeatedly about the series’ problematic view of women. He and his co-stars have promised that this movie would be different, that the Bond girl has grown to a Bond woman. But she hasn’t.

To be fair to Spectre, the 24th official installment in the series, it tries to at least acknowledge the problem of its predecessors—if not fix them. In 2006’s Casino Royale, the wife of a bad guy Bond bedded for information met a grisly end; in Spectre, a widow used for the same purpose (Monica Bellucci) emerges unscathed. Moneypenny seems to have gotten over her crush on Bond and developed her own sex life. And the film’s main Bond girl, Léa Seydoux’s Madeleine, is even allowed to get in a few punches.

But the attempts to modernize the Bond girl are halfhearted at best: The widow is simply a sexy way to speed along the plot (she gets only a few minutes onscreen); Moneypenny is relegated to relaying instructions to Bond from a desk while he gets to drive the Aston Martin in a car chase; and Madeleine, like so many Bond girls before her, ends up getting kidnapped—twice.

If this sounds antiquated, it’s because this character’s essential Bond-ness is still stuck in the 1950s. Bond creator Ian Fleming made headlines when old correspondences revealed he said Bond “cured” Pussy Galore (the Bond girl ­­from Goldfinger) of her lesbianism. His power is predicated on even the most strong-willed of women falling into his arms. As a hilarious YouTube video titled “Feminist Bond ­­­Girl” recently pointed out, Bond relies on his power over women because it’s the only thing that keeps him from the “crushing realization of my own insignificance.” If Bond must be dragged into the 21st century, he will be kicking and screaming.

In Spectre, much is made of how the deaths of Judi Dench’s M and Eva Green’s Vesper still haunt Bond. But even these two women, the only two from the Bond franchise who combatted and manipulated Bond, end up being just another plot device. Their deaths, bad guy Christoph Waltz reveals, served no greater purpose than torturing Bond and leading him to his final “big bad,” played by Christoph Waltz. The Austrian reveals: “Did you think it was a coincidence that all the women in your life end up dead?”

Without spoiling the end of the film, it’s safe to say that Bond must finally confront this notion and reflect upon his past actions. It’s a step in the right direction but feels out of character. The Bond we have known (and loved) for the last four decades would never have cared enough about any woman to let that become an exploitable weakness. Can Bond fall in love? Yes. Can he grow a soul? No.

And perhaps he shouldn’t. At this point in the franchise, we can appreciate the increasingly independent Bond women even knowing they’ll never get to be the ones to finally save the day. It would disrupt the entire Bond universe for anyone to be more powerful or more dangerous than 007. (Sure, some bad guys scar him, but like the women, they come and go.) For him to cede power—especially to a woman—is to betray the character. 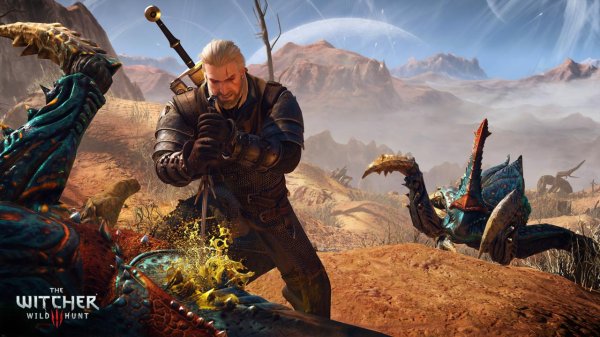 The Witcher Will Become a Movie in 2017
Next Up: Editor's Pick