All relationships require a little bit of give and take. But this idiom tends to only apply to the real world. With social media, you can take as much as you want and never give anything back. And you shouldn’t feel bad about that, either. The people who run social networks know full well that only 1% of users actually generate content. The rest of us either comment on it, consume it, or, let’s be honest, just ignore it.

Twitter, invigorated by the return of co-founder Jack Dorsey as permanent CEO, is doing all it can to add new users amid a period of flat growth. Last week, for example, the company aired television commercials during the World Series showing some of the funnier, more dynamic, and irreverent tweets that have popped up surrounding the baseball playoffs. Then this past week, the company turned its star-shaped “favorite” button into a heart-shaped “like” button, an emotion in-line with Facebook’s mark of approval.

But you don’t have to “like,” “favorite,” or even comment on anything on Twitter to be a part of the conversation. Here’s how you can use Twitter—and why you should—without ever posting a single tweet.

The key to Twitter is following other users. You should be practically reckless in who you connect with on the site. For instance, if you’re interested in NASCAR, you should certainly follow your favorite drivers. Next, follow their competition. Then add pit crews and teams as well. And while you’re at it, make sure you follow the media covering them too. Don’t worry about following someone you disagree with; no one cares who you’re linked to on Twitter. Only concern yourself with whether they’re going to post something you might be interested in reading more about later. Then apply this strategy for all the things you’re interested in: woodworking, Doctor Who, opera, local politics, anything.

If you’re coming to Twitter for the first time, you get even more direction than active users. On the main Twitter page, people who aren’t logged into the site see categories curated by the social network, full of engaging people to follow. Create your username, log into the site, and start adding some of these suggested accounts. And as your network grows, pay attention to the accounts that Twitter recommends you follow as well. Using advanced algorithms, the company is able to find people who match your interests and will suggest that you link up with.

And if you’re looking to connect with some of the biggest names on the social network—or you just simply want to know who’s the most popular—Twitter Counter is an excellent place to find the most-followed users. Add to their numbers, if you please, but it’s hardly worth it. When these big fish make a splash on Twitter, it echoes across the other users in the form of retweets, which are the equivalent of an email forward to all your followers.

Don’t worry about whether following too many people will clog up Twitter’s time-based feed—you’re never going to use that old thing, anyway. The best way for newbies to use the social network is to let other services organize the posts in an easier-to-consume format.

For instance, Nuzzel collects the news stories and links posted by the accounts you’re following, weights them so you see the most popular ones first, and lets you see all their commentary tweets in one fell swoop. Using Nuzzel as an Android or iOS app, you can pull it up on your smartphone or tablet, avoiding the endless noise of Twitter. Or, if you would rather have a daily digest of the most popular links going, you can set the content aggregator up to send you one via email. By using Nuzzel, you’re able to shape your news around the things that matter most to you, saving you from having to hunt down the good stuff on your own.

Once you’ve started following a mob of tweeters, sign up for Flipboard and connect your Twitter account to it. A modern-day, customizable, digital magazine, this service works similarly to Nuzzel in that it curates the best of your news feed. But Flipboard presents this content in a more relaxing, leisurely way.

Perfect for browsing while on your lunch break, Flipboard’s browser interface acts like an endlessly scrolling online publication, complete with sidebars and pull quotes in the form of some of the more cleverly written tweets. Flipboard’s smartphone app performs more in line with the service’s name, with flippable pages, rather than endless scrolls. But its Flipboard’s tablet app that shines brightest with Twitter. Mixing full page photos with columned stories and short sidebars, it’s as good as a magazine, only you don’t need a subscription. And as a bonus, Flipboard works without Twitter, providing curated content from across the web.

Live in the now

If it ever feels like Twitter is just a bunch of people yelling into a vast chasm, well, you’re right. But that doesn’t mean those people aren’t saying anything interesting. Twitter Moments, a content aggregator developed by the social network itself, collects the most interesting and popular subjects being tweeted about, putting them all in one place.

Almost of the stories covered in this section will be the result of strangers’ tweets. But that’s a good thing, because it turns Twitter into one of the most colorful places on the web. Here you’ll find timely trends, local issues, news, sports, entertainment and other categories of content. Once you click (or tap) on them, you’ll be taken to a collection of tweets along those lines. Moments is a hyper-timely way to know what people are talking about right now. It’s a way to feel instantly connected to the world around you, whether that’s in your immediate area or on the other side of the globe. 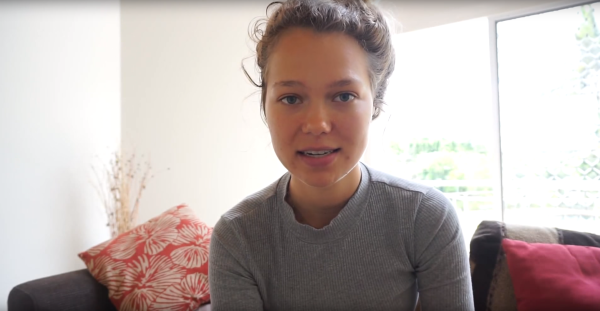 Teen Instagram Star Speaks Out About The Ugly Truth Behind Social Media Fame
Next Up: Editor's Pick