The cuts reflect the most significant narrowing of the GOP field. Christie and Huckabee failed to average 2.5% in the four most recent national polls used by the network to determine eligibility, while Pataki and Graham didn’t secure at least 1% in any of the four surveys. The four polls used were Fox News, NBC/Wall Street Journal, Quinnipiac University, and Investor’s Business Daily.

The news is a particular blow to Christie, who has seen renewed interest owing to strong debate performances, an emotional viral video about drug treatment policy, and Jeb Bush’s struggles. While Christie’s national numbers have suffered, his approval rating in New Hampshire, the first-in-the-nation primary where he’s pinning all of his hopes, has shown signs of improvement.

The exclusion likely spells the end of Pataki’s quixotic campaign, and will likely send Graham—who has been running to advocate for hawkish foreign policy and a spirit of cooperation in Washington—heading for the exits. Graham has just weeks to remove himself from his home state’s primary ballot.

The Fox decision comes days after Republican presidential candidates tried and failed to retake control of the debate process from the Republican National Committee over frustrations with the process. Candidates have expressed frustration that national, rather than early state polls, have determined eligibility thus far.

Christie sought to downplay the impact of the decision Thursday in New Hampshire.

“National polls don’t have much of an affect on the race,” Christie said. “So, you know, what I’m going to continue to do is just be myself. All the things you just are exactly what I’m going to do. Whether that’s one stage in Milwaukee or a different stage in Milwaukee … I’ll debate wherever they want to debate on whatever the important issues I think there are for the country. So, I look at the progress we’ve made in Iowa and the progress we’ve made in New Hampshire and say those are the people who are really paying attention right now — we’re doing really well with those folks.

An aide to Christie said that while they weren’t thrilled with the development, it could be an opportunity for him to speak more by participating in an hour-long event with four other candidates.

Christie also responded to the news in a tweet:

“It is ironic that the only veteran in the race is going to be denied a voice the day before Veterans Day,” said Graham’s campaign manager, Christian Ferry. “In the end, the biggest loser tonight is the American people and the Republican Presidential primary process that has been hijacked by news outlets.” 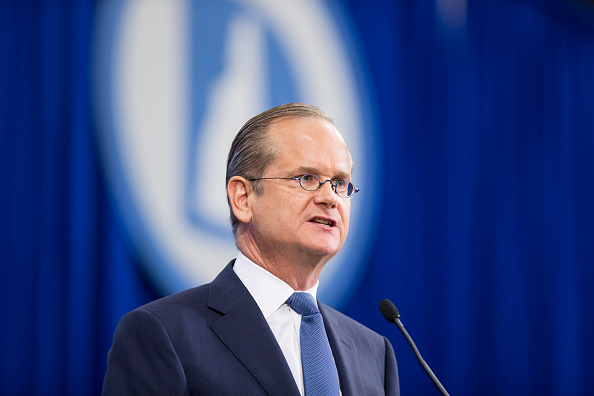 Lawrence Lessig Would Not Have Qualified for CBS Debate
Next Up: Editor's Pick