The two nontraditional candidates requested protection in mid-October, as their national poll numbers soared ahead of their opponents. In an interview with the Hill, business mogul Donald Trump said that if he were a Democrat he would have already had protection.

“I want to put them on notice because they should have a liability,” Trump told the Hill. “Personally, I think if Obama were doing as well as me he would’ve had Secret Service [earlier]. I have by far the biggest crowds.”

A Department spokesperson told CNN on Thursday their requests had been approved, making them the first 2016 Republicans to be under the watchful eye of the Secret Service. Democratic frontrunner and former Secretary of State Hillary Clinton already had protection.

One can only wonder if they stuck with “Humble” and “One Nation” as their code-names. 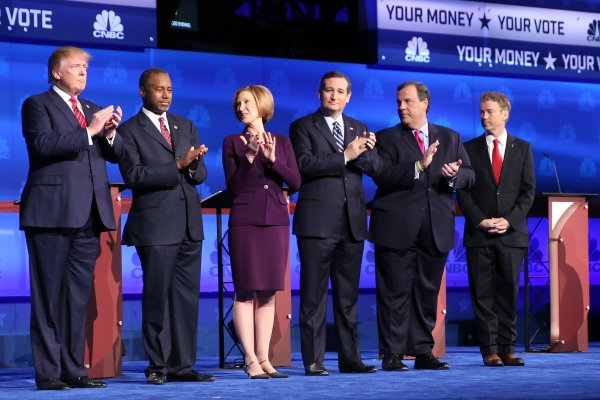 You'll Now Be Able to Watch the Fox Business GOP Debate Online
Next Up: Editor's Pick