Turkish President Recep Tayyip Erdogan delivers a speech during the mukhtars meeting at the presidential palace in Ankara on Nov. 4, 2015.
Adem Altan—AFP/Getty Images
By Ian Bremmer

Social media openness is its strength. But a generation of savvy, often control-minded political leaders are quickly becoming adept at managing their populations’ social use. These five facts look at how states—and one quasi-state—have tried to harness social networks to their own ends.

President Recep Tayyip Erdogan must be pleased with himself after his party’s election victory on Nov. 1. Erdogan has long fought, sometimes clumsily, to prevent rivals and critics from using social media to embarrass him and undermine his government. It’s a tall order. There are currently 36 million active Facebook users and 11.5 million Twitter users in Turkey; a full 92 percent of Turkey’s online population uses social media, the highest proportion in the world.

But it took the May 2013 Gezi Park protests in Istanbul for Erdogan to realize what a threat Twitter and the like could pose. By September of that year, Erdogan had assembled a team of 6,000 people whose jobs were to shape Turkish public opinion online. Given recent election results, it seems to have worked—with help from the Turkish legal system. In the first half of 2015, Turkey was responsible for 92 percent of all court orders Twitter received to remove content from its servers. While most of us just tweet back something snarky when we’re criticized on Twitter, Erdogan has personally filed criminal complaints against at least 67 people for “insulting” him online.

Can you imagine a world without Google? China’s 649 million internet users live in that world every day. China ranks dead last in Freedom House’s “Freedom on the Net 2015” rankings, which makes sense given that Facebook and Twitter are blocked in the country. Instead, many Chinese get their social media fix via Sina Weibo, a hybrid mashup of the two American social media giants. Beijing figures it can exert more control over a homegrown product, and they’re right—more than 80 percent of Weibo’s most influential accounts belong to government-affiliated sources, companies, or other organizations. Only 20 percent of those belong to individuals.

Beijing also knows that it will never be able to completely stop the conversation, and instead has invested heavily in the ability to steer that conversation in favorable directions. As in Turkey, help comes from the courts. Defamation laws have been enacted to crack down on online “rumors” that have more than 5,000 views or 500 shares. In China, it’s best not to say anything too ambiguously witty on social media lest you want authorities knocking on your door. Or at least pull it down at the 499th share.

But if we were to crown a king of the social media crackdown—or a czar—the title would go to Russia. Moscow has elevated the practice of online disinformation to an art form. The Kremlin employs an army of online trolls to blunt any criticism of Russia across the internet and drive a pro-Russia storyline instead. On an average day, these trolls are reportedly expected to post 50 comments on a variety of various news articles, maintain six Facebook accounts and write at least three posts for each of them. On Twitter they each keep at least 10 separate accounts and tweet 50 times per day at minimum. That’s a lot of misinformation. At least the pay is good: the Internet Research Agency, one of the best known Russian troll farms, pays its employees a monthly salary of roughly $800–equivalent to what a tenured university professor makes in Russia today.

The terror group ISIS shows how a group with little access to traditional media can become a force far outside the territory it controls. ISIS maintains a presence on virtually every social media platform out there: Twitter, Facebook, Instagram, YouTube, Tumblr, even Google Plus. It’s estimated that ISIS and its affiliates control as many as 90,000 Twitter accounts, and their online presence has drawn more than 20,000 foreign fighters to its ranks. A recent study determined that only 4 percent of ISIS-associated accounts had more than 5,000 followers. That is a relatively low number for successful Twitter accounts, but it’s by design. Twitter tries to regularly purge ISIS accounts. As of April 2015, Twitter had suspended more than 10,000 suspected ISIS accounts, earning Jack Dorsey, Twitter co-founder and now-CEO, numerous death threats. By keeping the follower count so low, ISIS is able to replace deactivated accounts quickly while maintaining its social media momentum. Many consider ISIS to be the most sophisticated terrorist group in the history of the world, and its canny approach to social media is a big reason why.

Let’s end on an upbeat note. There are roughly 143 million social media users in India today. None are more important than Narendra Modi, who has cultivated a Twitter following of nearly 16 million people, the world’s second-most followed politician (behind Barack Obama). Modi has also amassed nearly 31 million likes on his Facebook page. Once considered an old-fashioned politician, Modi as prime minister was quick to adopt a sophisticated social media strategy to help sell himself—and his government’s reform agenda—across a diverse and complicated country. Now major policy announcements in India come via Twitter. Modi’s finance minister, Arun Jaitley, also regularly posts on Facebook long op-eds that once would have been sent to the newspapers. Modi’s government loves social media—and the Indian public loves them for it, showing once again that social media is really what you make of it. 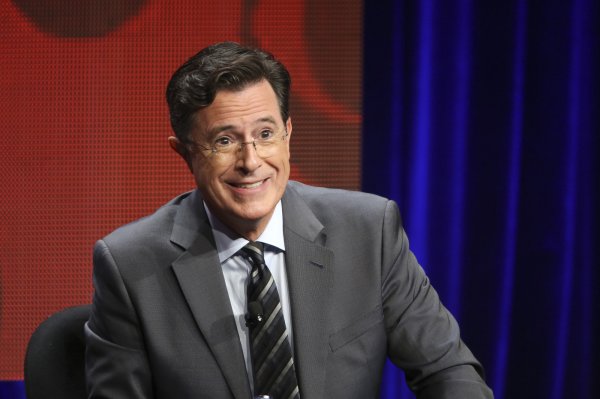