How Jeb Bush's Trouble Began During His Dad's Presidency

It was the spring of 1989, and George H.W. Bush had invited two Republican Congressmen to the White House residence for a beer. The guests: Newt Gingrich, who had just been elected the House minority whip, and Vin Weber, who’d managed Gingrich’s campaign inside the Republican caucus. The conversation was pleasant, but the visitors felt there was something Bush was not quite saying.

“Mr. President, you’ve been very nice to us,” Weber said. “Tell us what your biggest fear is about us.”

“Well,” Bush answered, “I’m worried that sometimes your idealism will get in the way of what I think is sound governance.”

In the most polite way possible, in a single sentence, Bush had summarized the shifting reality in his party and his anxiety that when politics and principle clashed, politics was going to win. He’d used the term idealism but could as easily have used ideology or purity. Republicans like Gingrich were different from Republicans like Bush. The former believed that politics was total war; the latter, the art of the possible. And the roots of today’s fractious Republican Party — a party that’s bedeviling Jeb Bush — can in many ways be traced to the rise (and ultimate revolt) of the GOP’s right wing during the presidency of his father.

Gingrich’s rise in 1989 signaled a significant shift: a divisive kind of politics that put ideological purity above centrist compromise. In private, Bush worried about Gingrich. “The question is, Will he be confrontational? Will he raise hell with the Establishment? And will he be difficult for me to work with?” Bush asked in his tape-recorded diary on March 22, 1989. “I don’t think so,” Bush answered himself, hopefully. “I called him and congratulated him. He’s going to have to get along to some degree, and moderate his flamboyance … He’s a very bright guy, an idea a minute, but he hasn’t been elected President, and I have.”

The Washington media, Bush noted, had been “hitting me for being kind and gentle instead of confrontational, and juxtaposing my views against Newt’s, my style against Newt’s. I was elected to govern and to make things happen, and my view is, you can’t do it through confrontation.”

Although he held the highest office in the land, Bush was almost touchingly anachronistic about the nature of power in the closing decade of the 20th century. The drive for a House majority through supply-side purity and populist appeals was more important to Gingrich and his colleagues than supporting their President–or even what was, arguably, wise public policy. “What is good for the President may well be good for the country, but it is not necessarily good for congressional Republicans,” Weber told the Washington Post in July 1990. “We need wedge issues to beat incumbent Democrats.”

The key issue was taxes. In negotiating with the predominantly Democratic Congress to try to control the growing federal deficit, Bush signaled a willingness to break his most notable 1988 campaign promise. “Read my lips,” he had told the GOP convention, “no new taxes.” Once he suggested that taxes were now an option, Bush, in his diary, minced no words. “The s—,” he dictated on May 10, 1990, had “hit the fan.”

After the pledge was broken, the GOP right rebelled. “Our people were running and screaming, and I can understand why,” Bush told his diary. “I guess this is the biggest test of my presidency, but time will tell.”

The lesson of Gingrich’s rise was that headlines, votes and the dollars of devoted donors were to be won on the extremes. And so it has remained. The GOP revolution of 1990 presaged the Tea Party rebellion and the anti-Establishment mood that drives the Republican primary campaign of 2016. It may cost Jeb his chance at the White House.

Down the decades, however, the 41st President has remained true to his childhood nickname, Have Half, which he earned by always splitting treats with friends. As I was finishing my biography of Bush, I asked him whether he had changed his mind on same-sex marriage, which he opposed in his active political career. A note from the former President soon arrived in the mail. “Personally, I still believe in traditional marriage. But people should be able to do what they want to do, without discrimination. People have a right to be happy. I guess you could say that I have mellowed.”

Whether his party will do so is another question altogether.

Meacham’s Destiny and Power: The American Odyssey of George Herbert Walker Bush will be published by Random House on Nov. 10 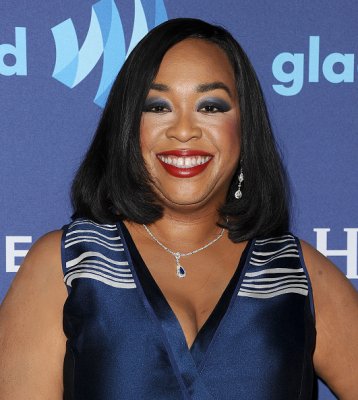 Shonda Rhimes: "I Did Not Feel Like I Had Come Up Against Obstacles"
Next Up: Editor's Pick