Apple Has Already Improved the Apple TV in a Big Way

The newest Apple TV has only been available to purchase since Oct. 26, but Apple has already added an improvement that makes it easier to find new apps. The device’s App Store now sorts apps into categories, whereas it initially only had three sections which included Featured, Purchased, and Search.

The App Store includes just two categories for now: entertainment and games. As developers create new types of apps for the Apple TV, more sections are likely to appear.

Still, this breakdown makes it more convenient to sort through the types of apps Apple TV users will probably be using the most — streaming apps such as Netflix and Hulu and casual games like Crossy Road.

In the past, users had to scroll through Apple’s Featured page to discover new apps. Although the Featured section has some categories within it, such as “Best New Apps & Games,” “Gorgeous Games,” “Best New Apps,” and “Kids and Family,” the user still had to parse through these sub-sections to find specific games, cooking apps, and more.

It’s not a major change; most app stores on competing devices such as the Amazon Fire TV have been sorting apps for quite some time. It just shows Apple is willing to make improvements to its set-top box right out of the gate.

Read more: Apple TV Review: Is This Really the “Future of TV?”

The addition also suggests Apple may be looking to improve content discovery on the Apple TV — one of the few areas where the device is lacking. For example, Siri can’t show TV shows that are similar to another series when you ask.

If tvOS (Apple’s TV software) evolves the way iOS has over the years, content discovery is likely to improve. Apple promotes its latest iPhone update as being “proactive,” meaning it makes intelligent suggestions for the apps a user may want to open or the people he or she may want to contact based on that iPhone owner’s regular habits. If that approach eventually translates to TV, the experience of finding apps and TV shows will probably get better. 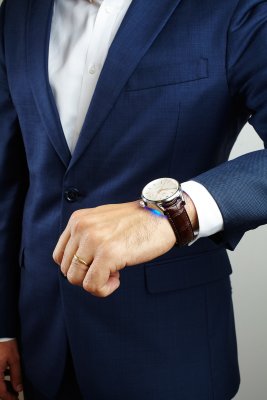 This Company Wants to Make Any Watch Smart
Next Up: Editor's Pick