Jason LaVeris—Getty Images
Ideas
By Belinda Luscombe
Luscombe is an editor-at-large at TIME and the author of Marriageology: The Art and Science of Staying Together.

Your new book, Year of Yes, details how you overcame introversion. Yet you’ve publicly spoken–and written–about stuff that’s pretty personal. How do those traits coexist?

I guess that the act of opening one’s mouth at all is the hard part. But if you’re going to open your mouth you should say something that’s real.

You write a lot about the character Cristina Yang on Grey’s Anatomy. Is it because of all your characters, she was most like you?

These days I’m probably more like [Scandal‘s] Olivia [Pope] than I am like Cristina. But there was a moment when Cristina was very much a reflection of who I was.

You describe yourself as scarily, psychotically competitive. Is that what you need to be to succeed?

I don’t think that my job requires me to be competitive at all. I’m in my office by myself or I’m in my writers’ room with my people. I’ve chosen a job in which there’s no competition allowed. It’s probably best for everyone.

You devote a chapter to your nanny, and you thank the five other members of your household staff. Why are working women ashamed to acknowledge that they have help?

People don’t want to acknowledge it. The people who work in my home were there at different times during the writing of the book. It’s because you feel like–isn’t that funny? I literally just did it! I just said, “I don’t have five people …” Nobody wants to admit they have help. We’ve been conditioned to believe it’s wrong. I’ve decided that more important than me cooking brilliantly, is spending time with my children.

You have said that you did not break any glass ceilings. How can that be true?

I did not feel like I had come up against obstacles. One, because my parents raised me to believe that there weren’t any. If you believe that there are obstacles, that’s why there are obstacles. And two, because I came along at exactly the right time in history. There were already women running shows. There were already people of color who had shows. That glass ceiling had been cracked just enough so that when I hit it, it shattered.

So when women or people of color talk about obstacles in Hollywood, are they not there?

I’m pretty oblivious. That obliviousness makes it possible for me to move forward despite what anybody else is thinking. That doesn’t mean that obstacles don’t exist for other people. It’s just that I’ve decided that they don’t exist.

You’re a political junkie. What’s interesting you at the moment?

The turmoil inside the Republican Party. It’s one of the reasons why the President in Scandal is a Republican.

Tell me about what you call the Airplane Seat Belt Incident of 2014.

Getting on a plane and discovering that your seat belt won’t fit around you was a moment of extreme horror. It was very hard to ignore.

Was there any secret to losing 117 pounds?

Pretty much all your dreams have come true. What does it feel like?

It feels like nothing. Life is still exactly the same. But it does allow you to take a moment and say, “Who do I want to be? And am I the person I thought I was going to be?” 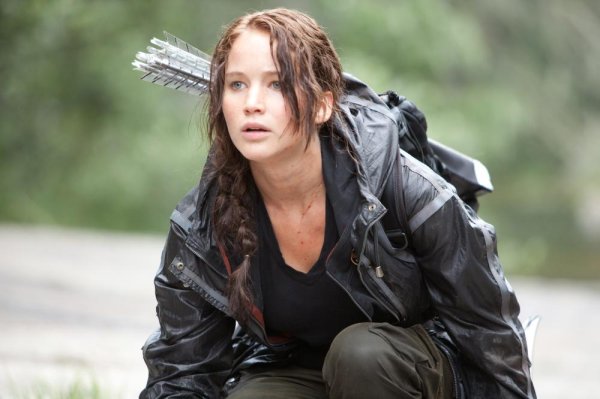 How the Hunger Games Can Help You Stop Procrastinating
Next Up: Editor's Pick