When news broke on Oct. 29 that the Chinese government was finally ending its one-child policy, the stock market was quick to react. The value of infant-formula companies like Mead Johnson Nutrition spiked as investors dreamed of making a profit off a sudden Chinese baby boom.

They’re likely to be disappointed. Although married Chinese couples will be free to have two children–the country technically has a two-child policy now–there’s little evidence that they will want to. And that reluctance will have major implications for China–and the rest of the world.

In the 1970s, before the one-child policy was put forth, China seemed to be on its way to a Malthusian nightmare. The average Chinese woman was bearing more than five children, and the population was growing by nearly 3% a year. Less than a decade removed from a man-made famine that killed as many as 45 million people, Chinese officials worried that the country would collapse without drastic–and draconian–measures.

They weren’t alone in those fears. The 1970s were haunted by the specter of overpopulation. Books like The Population Bomb, by biologist Paul Ehrlich–which sold some 2 million copies–warned that without population control, the world would run out of food, water and other resources. But though India briefly experimented with forced sterilization in the mid-1970s, it was China under the Communist Party that embarked on a lasting, coercive program to control the growth of population. Beginning in 1980, many Chinese women were permitted to bear only one child. Those who violated the policy could be heavily fined. And there were hundreds of millions of government-approved abortions, some forced on unwilling women. By the measure of human rights, the one-child policy was an atrocity.

Yet by the numbers, the policy seemed to work. In 1979, the Chinese government announced a population goal of 1.2 billion for the year 2000–and it just missed, with the population ultimately reaching 1.26 billion that year. China took advantage of a demographic dividend: a huge wave of working-age adults had fewer children to take care of, which helped speed the country’s explosive economic growth in the 1990s and 2000s. It’s far from certain that the one-child policy was responsible for those changes–China’s fertility rate had been plunging years before it was put into place–but overpopulation is no longer a major worry.

Instead, China faces a fresh set of demographic challenges. Given the cultural preference for sons, many Chinese parents aborted female fetuses to ensure that their only child would be a boy. As a result, China has some 30 million “missing women,” a growing gender imbalance that could threaten the country’s security as millions of Chinese men–known as “bare branches”–are unable to find anyone to marry.

Most of all, China is aging–fast. Already, a generation of young Chinese are struggling with what’s called the “4-2-1 phenomenon,” in which a single working grandchild has to support two parents and four grandparents. By 2050, 1 in 3 Chinese will be older than 60, a 430 million–strong cohort larger than the entire U.S. population. Older countries grow slower economically, which is a big enough problem for rich nations like Japan, where the median age is 45. Yet China is on pace to become old before it can become rich–a far tougher challenge.

But ending the official one-child policy won’t end the de facto one that Chinese parents have imposed on themselves. In 2013, the government announced that adults who were only children would be permitted to have two kids–but of the 11 million eligible citizens, only 1.5 million have applied to do so. A poll by China’s family-planning commission in 2008 found that just 19% of the people surveyed wanted more than one child.

The reality is that modern China is no different from Japan or South Korea or Germany or Italy–all aging developed countries where the fertility rate is well below the 2.1 births per woman needed to keep a population stable. It’s an almost universal phenomenon–as women grow richer, more educated and more urbanized, they choose to have fewer children. Global aging is now a bigger worry than global overpopulation, which is why countries that once pursued population control are now implementing policies meant to increase their birthrates. But it’s harder to coerce women into having more children than it is to prevent them–as Chinese officials are about to find out. 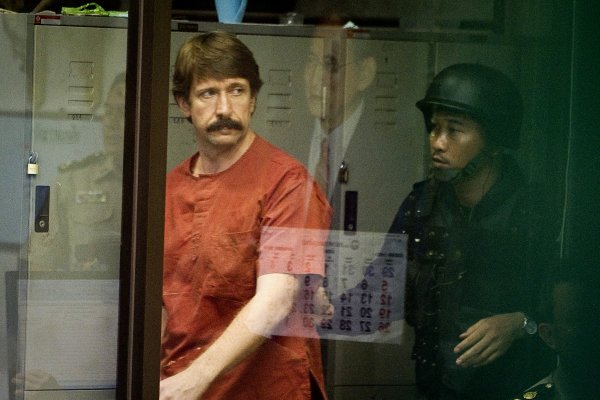 What the Home Movies of Arms Dealer Viktor Bout Reveal
Next Up: Editor's Pick