ClassPass Takes a Netflix-Style Approach to Shaking Up Gym Memberships

Fifteen women clad in lululemon yoga wear tighten their abs, flex their glutes and stare toward the corner of the brightly lit fitness studio at a medical skeleton that has no muscles to build or, for that matter, fat to shed. A peppy instructor named Patricia Whitcas encourages the class as she pumps up the Taylor Swift.

But most of the women are ignoring Whitcas and instead sneaking peeks at a petite woman in the middle of the room as she adjusts her plank position. Her name is Payal Kadakia, and she is a Massachusetts Institute of Technology graduate who trained at Bain & Co. before becoming an entrepreneur–and an accomplished dancer to boot. More to the point for the rest of the class, Kadakia is their boss. This 45-minute midday toning session is a rite of passage at her two-year-old company, ClassPass, which is rapidly disrupting the model for fitness clubs and classes.

The concept is simple: consumers don’t need to lock in to one gym or studio. Instead, ClassPass’s website and app allow customers to search for and book an unlimited number of workout classes–from spinning to ballet-style barre or aerial yoga, where participants hang from ribbons attached to the ceiling–at fitness studios near them for $89 to $125 a month. Launched in 2013, the New York City–based startup has since grown into a network of 7,000 studios in 36 cities across three continents. The private company won’t disclose how many users it has or whether it is profitable, but a round of investments in January valued it at $200 million. “When you are trying to motivate yourself to try a new fitness class, fear kicks in, laziness kicks in, money worries kick in,” says CEO Kadakia, 32. “We want to remove all that.”

The model is not so different from the one that has made giants of restaurant-booking site OpenTable and streaming service Netflix. But ClassPass is also benefiting from a movement, especially among young women, away from traditional gyms and toward more-personalized boutique fitness studios. Whereas the merits of a gym used to be its machines or facilities, studio classes–smaller and more intimate by design–put an emphasis on, say, yoga instructors who can learn their returning yogis’ strengths and weaknesses or fostering friendships among spinning regulars. High-end gyms like David Barton and small boutiques like the $375-per-month SLT Pilates fusion studio have been promoting this kind of exclusive atmosphere for years. ClassPass wants to bring the concept to the masses–with a much lower buy-in price and without the need to commit to only one type of workout.

Kadakia often speaks in the sort of aphorisms popular among new-age gurus, hashtag devotees and, naturally, fitness instructors. Sitting in her cramped, temporary Chelsea offices–they look more like a messy dorm room than a work space–she describes ClassPass users “unleashing their inner power” and “living an authentic life.” Kadakia says her dance experience taught her that physical activity is crucial to achieving mental and emotional satisfaction. “My parents came over from India, and when I was 3 my mom’s best friend taught me how to dance. I did these Indian-dance competitions every weekend,” she says. “Throughout my life, dance was my outlet. Without dancing, the rest of it didn’t work.”

That’s why she started an Indian-dance troupe at MIT as a sophomore and why she left her first job at Bain after three years in favor of a less time-consuming position at Warner Music Group. She founded a professional dance company, called Sa, on the side. And it was when she was searching for a new ballet class to take after work that she realized there was no easy way to locate studios online.

Spreading by word of mouth, the ClassPass app took off first among women in New York City who couldn’t afford studios’ steep prices. Others used it to book classes a week in advance and force themselves to go (or be charged a cancellation fee for missing a class). “It’s always on your phone, so you never have a reason not to work out,” says Rita Sherman, a 27-year-old student at the University of Chicago’s Booth School of Business. “There are days when I’m borderline sick but I don’t want to pay for missing a class, so I tell myself to stop being a wimp and go.”

Some 90% of classpass’s users are female, Kadakia estimates. That puts it in league with the fitness world’s rising heavyweight, SoulCycle–the spinning studio founded in 2006 whose dimly lit, loudly deejayed classes sell out in minutes. No other venture has done more to cement the idea of boutique fitness as a lifestyle. SoulCycle’s estimated 235,000 riders share pictures on Instagram of sweaty groups of friends posing in front of the company’s yellow-wheel logo. They drop $54 on tank tops that declare Front row in bold letters to advertise their status as the most competitive in class. SoulCycle generated $112 million in revenue in 2014, up 49% from the year before, and is planning an IPO. (Spinning competitors like Flywheel are available on ClassPass. SoulCycle is not.)

Chasing SoulCycle’s success, other boutique fitness studios have tried to cultivate similar communities, and customers have come running. About 42% of the 54 million Americans who belong to a fitness facility (gym, pool, studio, etc.) said they used fitness boutiques in 2014, according to a survey by the International Health, Racquet & Sportsclub Association. Just a year earlier, a similar survey found that only 22% of Americans who belong to a fitness facility had attended a boutique fitness class.

The traditional fitness formula has been scrambled in recent years. After the recession, explains IBISWorld fitness-business analyst Sarah Turk, customers became more budget-conscious and gyms began to drop their prices to about $20 per month for membership. High-end firms like Equinox continued to charge high fees for a vast array of amenities–from pools to juices to specialized classes. But the middle tier has been completely eroded, says Turk. “ClassPass is cheaper than the high-end studios but offers the perks,” she adds.

Not that traditional gyms haven’t noticed. To get in on the popularity of boutiques, Equinox bought into SoulCycle in 2011 (and will own a stake of the spun-off company); David Barton Gym now hosts boutique CYC cycling classes; and Town Sports International, operator of New York Sports Club and Boston Sports Club, among others, launched a brand of BFX studios offering classes such as spinning and barre. (A Town Sports gym membership, for example, costs $20 to $40 a month. Its BFX classes are $32 per session.) These gym-run classes have even begun popping up on ClassPass.

But some studio owners have soured on ClassPass. Jarod Cogswell owns a fitness facility in Beaverton, Ore., that was briefly listed on the site and app until he saw his profits drop. “They’re using brick-and-mortar business owners for their own gain,” he says. “My business model is built on monthly fees, and then ClassPass comes in and I’m getting $10 a class from ClassPass users instead of $150 a month from a member.” ClassPass, which says it has given out over $100 million to studios so far this year, argues that it fills spots in classes that would otherwise be empty and helps turn customers on to new facilities.

There’s also the problem of retaining users. Flash-sale site Groupon, once one of the hottest startups, lost return customers in its hurry to attain new ones and now serves as a cautionary tale to founders like Kadakia. ClassPass allows users to visit the same studio only three times a month, and some may jump ship to pay full price with a provider they particularly like.

Molly MacNeil, a 27-year-old consultant based in Austin, recently dropped ClassPass in favor of permanently joining a yoga studio she found on the app. She had started using ClassPass when she traveled for work because the app made it easy to locate a studio in most cities she visited. She quickly found, however, that the options in smaller cities were far less abundant. In large cities, the best classes were frequently unavailable. “Barry’s Bootcamp in New York–you’d have to sign up a full week in advance on ClassPass,” she says, referring to the high-intensity boutique workout chain. “I’m not quite sure. I never actually got in.”

None of which seems to be slowing Kadakia down. Next year ClassPass will begin to focus on personal pursuits beyond exercise–from cooking to art and music classes. The company has already tested offering ice-skating sessions and tickets to the U.S. Open. It also hopes to target more male customers to continue growing. Says Kadakia: “We want to get you engaged back with the stuff you loved as a kid or discover something new and help you make the most of your free time.” 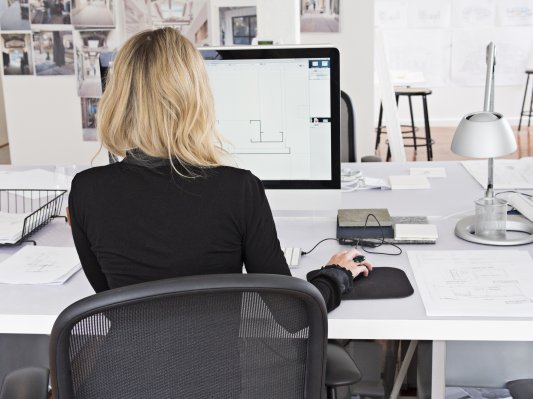 8 TED Talks That Will Make You More Productive
Next Up: Editor's Pick