France Will No Longer Ban Gay Men From Giving Blood

France announced on Wednesday that it would no longer prevent gay men from donating blood, under the condition that they do not have sex in the preceding months.

Under the new policy, men who intend to give what is known as “whole blood” — platelets, plasma and red blood cells — must abstain from sex with another man for 12 months prior. The period is shortened to four months if the man only gives plasma, blood’s fluid component, Agence France-Presse (AFP) reported.

French authorities imposed the ban in 1983 in an effort to prevent the spread of AIDS in the country, after hundreds of people died when a national blood-transfusion center inadvertently distributed blood tainted with HIV.

French Health Minister Marisol Touraine said the new policy amounts to “lifting a taboo.” However, some gay-rights activists in the country feel that the moratorium on intercourse still qualifies as discrimination, AFP said.

“This does not end the stigmatisation of gay and bisexual men,” a statement issued by the group SOS Homophobie said. 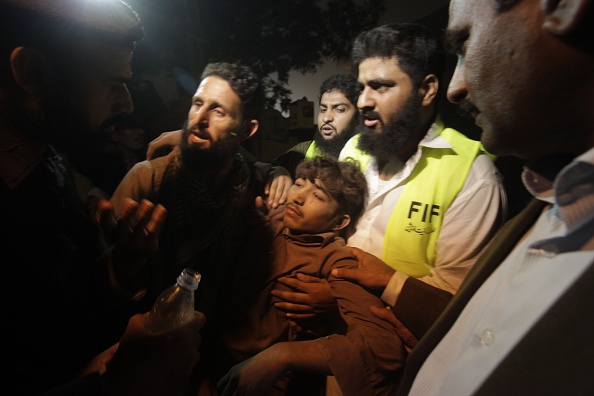 Pakistan Factory Collapse Kills at Least 16
Next Up: Editor's Pick