The Girl With the Dragon Tattoo Sequel Film in the Works

By Tatiana Siegel and Borys Kit / The Hollywood Reporter

Lisbeth Salander will hack again on the big screen but not in The Girl With the Dragon Tattoo sequel, The Girl Who Played With Fire.

Instead, Sony is putting its focus on book No. 4 in the Millennium series, The Girl in the Spider’s Web, the first book famously not written by creator Stieg Larsson.

The studio is in early talks with Steven Knight (Burnt) to adapt the novel, which became an international best seller after it was published in September.

Sources say that neither Rooney Mara, who nabbed a best actress Oscar nomination for Dragon Tattoo, nor Daniel Craig will be back, and the studio sees the new book as an opportunity to start the franchise over. Ditto for Dragon Tattoo director David Fincher, who is not expected to return to Salander universe.

But Dragon Tattoo producer Scott Rudin is returning to produce alongside Amy Pascal, who negotiated the rights in her exit package from the studio, and Elizabeth Cantillon (Concussion).

Written by David Lagercrantz — who was hired after Larsson passed away in 2004 — Spider’s Web follows superhacker Salander and investigative journalist Mikael Blomkvist as they find themselves at the center of a tangled web of spies, cybercriminals and corrupt governments.

Though 2011’s Tattoo made $233 million worldwide, the film was deemed too expensive for a hard-R film thanks to a $90 million budget. The studio has options on Craig for two sequels, but the actor was said to want a pay raise, making his return impossible given the studio’s mandate to make Spider’s Web at a much lower budget.

Lagercrantz’s take was met with resistance by Larsson’s longtime girlfriend Eva Gabrielsson and even fans initially. But since publication, the book has been embraced by critics and the fan base. In September, Lagercrantz told THR that he views Salander as a classic superhero. “I saw her like Spiderman or Batman,” he said. “She was not just this great character. She also had this great background — this mythology — and I really felt that I wanted to develop it, dig into it.”

Knight is an Oscar-nominated writer for his immigration drama Dirty Pretty Things. But he is also adept at bigger-budget studio fare, having written a draft of Paramount’s World War Z sequel as well as Legendary’s Seventh Son.

He is repped by CAA, United Artists in the U.K. and attorney George Davis. 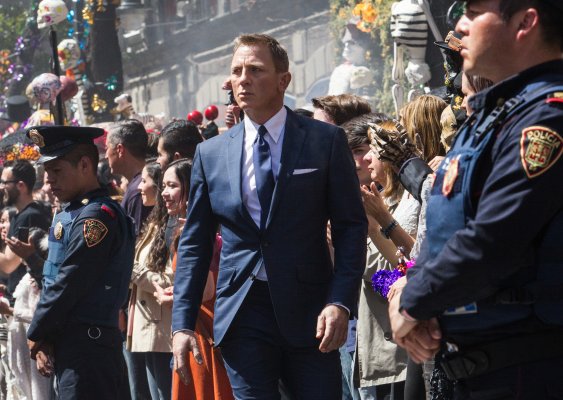 Watch This Guy Play All The James Bond Theme Songs In Less Than A Minute
Next Up: Editor's Pick