How Miss You Already Upends the Mythology of the Cancer Hero

When Catherine Hardwicke first read the script for her new movie, Miss You Already, released Nov. 6, she decided it needed to undergo a severe process of de-sentimentalization. “Every single time a character cried,” she tells TIME, “I’m like, ‘OK, cut that out of the script.’”

It’s a story that lends itself naturally to tearful moments: Toni Collette and Drew Barrymore play best-friends-forever Milly and Jess, whose friendship is tested when Milly is diagnosed with breast cancer as Jess begins treatments for infertility. And despite Hardwicke’s work with screenwriter Morwenna Banks to tone down the weepy moments, it’s shaping up to be for adult tear ducts—albeit on a smaller scale—what The Fault in Our Stars was for adolescent ones last year.

That the final product is such an emotional workout came as a surprise to Hardwicke, who had half-expected Milly’s prickly nature to interfere with audiences’ abilities to empathize with her. “I’m a little bit brainwashed—who isn’t?—if you get your studio notes for the 800th time in your life: ‘Make the character more likable, or no one’s gonna connect,’” says Hardwicke, who is best known for her breakout 2003 drama Thirteen and the 2008 mega-blockbuster Twilight. “I rebel against that, but there’s still some tiny little studio executive voice in the back of my head going, ‘If she’s not likable, people aren’t going to relate to her.’”

On the contrary, Milly’s very human narcissism and vanity are a welcome relief in a cinema landscape that is only just beginning to move away from the tragically heroic cancer victim-slash-hero. “We didn’t think that Milly should suddenly become a hero,” Hardwicke says. “She really wasn’t. She was a hot mess, she was a pain in the ass half the time, and when she got cancer, she didn’t change.”

Miss You Already is, at its heart, a movie about female friendship and the emotional toll of physical ailments. But where the execution of those storylines has garnered some criticism for moments of mawkishness or overwrought dialogue, it’s more successful in its honest depiction of cancer—or, at least, one specific cancer story.

The typical onscreen cancer sufferer is saintly and wise, growing more beautiful as the soft pallor of encroaching death moves like a shadow across her face. Think Ali MacGraw in Love Story, Mandy Moore in A Walk to Remember, Charlize Theron in Sweet November. It’s a formula that’s been broken—The Fault in Our Stars, for one, asserted that not every person with cancer is unerringly courageous—but only rarely.

In Miss You Already, we watch Collette’s Milly witness the physical defeminization of her body. She stares at her reflection as an electric razor exposes the contours of her head, previously cloaked with hair. We see her, nauseated from chemotherapy, throw up into a bowl of salad. Post-mastectomy, with tubes connecting her body to sterile medical contraptions, she’s too sore to raise a toothbrush to her mouth. The scars where her breasts used to be, rendered with CGI, are—for Milly—a gaping absence, which consequently leads to a swift departure of the intimacy she once shared with her husband (played by Dominic Cooper).

In addition to drawing from her own experience—Hardwicke’s father died of cancer—and meeting with oncologists, hospice workers and primary caretakers, Hardwicke employed a bit of what she calls “method directing.” “Before I jumped on the plane to England to prepare for this movie, I went and had all of my check-ups so that I would make myself go through this exact experience that Toni’s character is going through,” she says. “You’re waiting for the results and you’re feeling all these things that women and men, when they have a scare or a test—we feel our own mortality.”

That head-on stare-down with mortality is one Hardwicke embraces when it comes (spoiler alert) to the film’s treatment of dying and death. She doesn’t resort to the old cop-out of a dusting of pale makeup and the dispensing of sage advice from a sunlit deathbed. When Milly moves into a hospice facility, she’s physically transformed and drained of her once-potent life-force. She sleeps most of the day, not with the placid smile of an angel-to-be but with sunken cheeks, mouth agape. She doesn’t have the energy to dispense advice—save her plea that a 9-months-pregnant Jess swap her Birkenstocks for six-inch heels (this is, after all, a movie).

In these ways, Miss You Already dismantles the saintly stereotype of the cancer patient—the burdensome expectation that people with cancer be unfailingly brave, when they may instead be scared or just plain angry—that has dominated both cinema and everyday conversation. Hardwicke’s decision to favor realness over heroics, as it turns out, is not an obstacle to empathy. She tells the story of an early screening to which she invited members of several cancer survivor organizations. Partway through the movie, the husband of a woman undergoing treatment for cancer—“a 6-foot-5, bad-ass-looking dude”—yelled at the screen in response to what is arguably Milly’s most egregious transgression, a betrayal of her husband in response to his diminished sexual appetite for her.

“At the end we asked them, ‘Did anybody feel emotional—did you feel connected to this thing?’” Hardwicke recalls. “He raised his hand. He goes, ‘I cried like a baby.’” 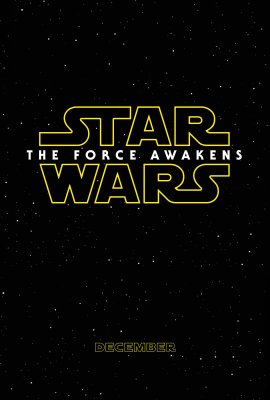