What Tuesday’s Elections Tell Us About 2016

Outsiders are in. Pedigrees are out. And President Obama and his health care law are in trouble.

Those were among the early lessons from Tuesday’s elections. None was shocking in a year that has yielded Republican presidential frontrunner Donald Trump and the corresponding amount of uncertainty and tumult for the Republican Establishment. Unlike notoriously uneven polls, these results came at ballot boxes across the country during off-year elections. And they once again prove campaigning against the Affordable Care Act, or Obamacare, is good politics for Republicans in non-presidential campaigns.

Voters in Kentucky sent a tea party hero to the Governor’s Mansion, Virginians denied Democrats a majority in the Virginia state Senate and Ohio residents derailed a dodgy effort to legalize marijuana. Off-year elections have some of the lowest voter participation rates and should not be the basis for future plans when full rosters of candidates will face voters. Yet they also cannot be ignored.

With the 2016 presidential campaign afoot already, the hopefuls were trying to discern any lessons for their own fortunes. There were not many reasons for optimism among Establishment-minded Republicans such as former Florida Gov. Jeb Bush or New Jersey Gov. Chris Christie. Plenty of ballyhoo, however, was warranted inside the outside camps of Trump, Ben Carson and Carly Fiorina. After all, that trio of outsiders—and those trying to pitch themselves as similar disrupters—has been betting voter frustration would translate into electoral success.

Just look at Kentucky. Matt Bevin, a self-funding tea party figure, ran on the promise of ditching his state’s participation in Obamacare. Bevin enjoyed a last-minute burst of momentum to defeat popular Democratic Attorney General Jack Conway, a member of a Blue Grass political dynasty. (Millions of dollars in ads from the Republican Governors Association linking Conway to Obama helped, too.)

Bevin’s win could set in motion the dismantling of one of the country’s more successful examples of state-run health care markets. In Kentucky, it was called Kynect—Obamacare but branded in a different way.

Because Kentucky gives its Governor such power, Bevin could effectively dismantle Kynect unilaterally. It would be a victory for conservatives, who loathe all aspects of Obamacare. But it could yield fierce backlash in Kentucky—and, if emulated nationally if Republicans win the White House and keep Congress during 2016’s elections—if insurance enrollment rates start dropping dramatically.

In Kentucky, the share of the population lacking insurance dropped from 20% in 2013 to 9% earlier this year, according to the Gallup-Healthways Well-Being Index. That’s roughly 500,000 Kentucky residents who have health care—and Bevin ran and won on a pledge to scrap that.

Perhaps sensing the political trouble that lie ahead if he won, Bevin softened his promise in the campaign’s final weeks. Instead, he said he would stop new patients from enrolling in it. It was similar to how Republicans running for the White House in 2012 initially started running on a pledge to repeal Obamacare before shifting their rhetoric to “repeal and replace.”

But if Bevin fails to deliver on his bedrock promise, it would be just the latest example of a Republican promising to upend the system, only to find it much more difficult to do in government than to rail about during a campaign. Remember the promises conservatives made in 2014 that a Republican-controlled Senate would yield massive changes. Those changes have not come, given Senate rules that require a 60-vote threshold to advance most legislation.

Elsewhere, Republicans fended off a Democratic effort to take back the state Senate in Virginia. Democrats needed to pick up just one seat, but failed. The shortcoming effectively ended Virginia Gov. Terry McAuliffe’s hopes to expand health coverage in his state under Obamacare. McAuliffe, a former Democratic National Committee Chairman who is barred by term limits from seeking a second consecutive term as Governor, is unlikely to make good on the promise of his 2013 to expand health coverage for poor residents.

And, in Ohio, a measure that would have legalized medical and recreational marijuana failed—not because voters there opposed it, necessarily. The anti-marijuana campaign was not centered on the drug itself. Instead, opponents described the measure as allowing 10 growers to have a “monopoly” on marijuana by law. That, voters said, sounded too much like a deal that favored insiders. They voted it down by a 2-to-1 margin. 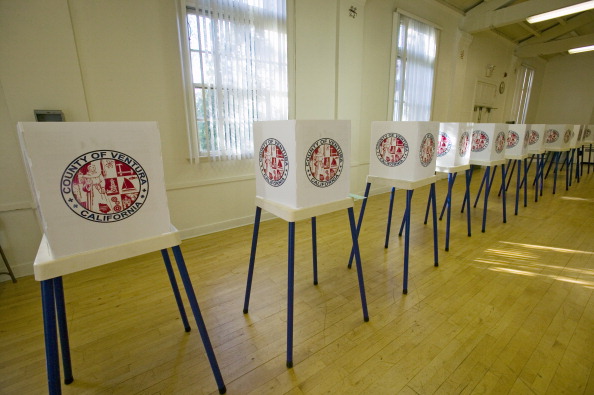 Here's Where Republicans (And Some Democrats) Won on Tuesday
Next Up: Editor's Pick