Why the Murder of the Israeli Prime Minister Doomed Peace Negotiations

Oded Hon stands clutching a poster of former Israeli Prime Minister Yitzhak Rabin in a crowd of thousands of Israelis marching in Tel Aviv amid the recent wave of violence that has left 71 Palestinians and 9 Israelis dead. “The peace was murdered with Rabin,” reads his poster.

Like many on Israel’s left Hon believes it was Rabin’s assassination that ruined the chances for peace outlined in the Oslo Accords, signed by Rabin and Palestinian leader Yasser Arafat in 1993. Two years after his hesitant handshake with Arafat, on November 4, 1995, Rabin was shot and killed in the square that now bears his name in Tel Aviv by Yigal Amir, a Jewish Israeli who made it clear his intention was to stop the peace process between the Israeli government and the Palestinians. “The peace is dead because Rabin was murdered by the right wing,” says Hon.

The assassination shocked Israel and created a legacy for Rabin as the man who died in the pursuit of peace. But for many Rabin’s legacy is more complicated than that. “Rabin was not a natural peacenik,” says Akiva Eldar an Israeli journalist who covered the signing of the Oslo Accords and a columnist for Al-Monitor. “He was a general and soldier.”

In December of 1992, just months after being elected to his second term as Prime Minister, Rabin sent buses and helicopters to pick up 400 Hamas activists and drop them in South Lebanon. It was the biggest expulsion of Palestinians by Israel since 1967, and was condemned by foreign leaders, but Rabin stuck to his decision.

For Palestinians Rabin is known as the general who ordered Israeli soldiers to break the bones of protesters during the First Intifada. “I don’t think he cared so much for human rights or the suffering of Palestinians,” says Eldar. “His legacy is that he was a leader that was not afraid to try something.”

Rabin lead Israel’s army in the 1967 Six Day War against Egypt, Syria, Jordan and Iraq, when they captured the very territory the Oslo Accords promised to give back to the Palestinians. But in 1993, Rabin signed the an agreement that could have seen Israel giving up some of the land he had helped Israel capture and occupy.

“It shows that people can change,” says Yael Berda a professor in the department of Sociology and Anthropology Department at the Hebrew University of Jerusalem. Berda points out that it’s often the leaders with blood on their hands that are able compromise for peace, particularly in Israel where distinguished army service is a prerequisite for public service. His history as a military man allowed him to sign the Oslo agreements with the Palestinians.

Rabin’s son Yuval also says that Rabin was not a “peacenik or a dreamer” but instead a pragmatist. “He worked to make Israel sustainable,” says Yuval Rabin director of the Israeli Peace Initiative, an organization that promotes a regional approach to peace talks rather than solely bi-national negotiations with the Palestinians. “Not a passing phenomenon, rather, something that can be here for an eternity. He understood that Israel needs to make compromises in order to make it sustainable.”

But exactly what compromises Rabin was planning to make is up for debate in Israel, even years after his death. While he is largely seen as the man who agreed to a two-state solution, which envisages a Palestinian state in the West Bank and Gaza Strip. many in Israel say that Rabin never supported the idea and even formally rejected it after signing the Oslo Accords.

Yuval Rabin says his father agreed to go into negotiations with the Palestinians, but that there was no commitment on what the outcome of those negotiations would be. His intentions on Palestinian statehood weren’t clear. “I don’t think that anyone really knows the answer,” he says. “Oslo, as a process, guaranteed nothing.”

And that lack of certainty may have been the curse of the accords. Oslo outlined security and military arrangement between the Palestinians and Israel but not what peace would look like. Since they were signed, thousands of Israelis and Palestinians have died in the violence and hundreds of thousands of new Israeli settlers have moved into the West Bank and East Jerusalem, further eroding the territory promised to Palestinians under the agreements. A solution seems farther away than ever.

But for supporters like Hon who marches every year to commemorate Rabin, his legacy is very much as the father of peace. The problem, says Hon, is that the Israeli public is not willing to make the compromises Rabin promised. “The people of Israel say they like peace, but when it comes to the table, they don’t want to give up anything,” says Hon. “Not Jerusalem. Not the West Bank and not the ruling of the Palestinians.” 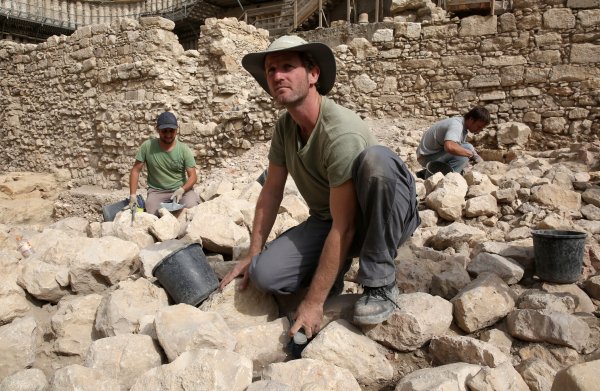