Steve Jobs Considered Building an Apple Car, But Focused on the iPhone Instead

Apple is rumored to be working on its own electric car that could launch in 2019, but it turns out the company has been thinking about entering the automotive space for quite some time. Steve Jobs, the late cofounder and former CEO of Apple, had kicked around the idea of creating an Apple Car as far back as 2008, according to Bloomberg.

“We had a couple of walks,” Tony Fadell, creator of the Nest thermostat and former Apple executive who’s credited with helping invent the iPod, told Bloomberg. “If we were to build a car, what would we build? What would a dashboard be? And what would this be? What would seats be? How would you fuel it or power it?”

Ultimately Jobs decided not to move forward with those ideas. Fadell cited the state of the auto industry at the time and Apple’s decision to focus more on the iPhone as reasons for not pursuing car plans.

That wasn’t the only product Apple had considered that never moved forward. The company contemplated making cameras and TVs too, the report says, but none of those products ever made it past the concept stage.

“At the end of the day, what was the biggest one that had the biggest dramatic impact on the world?” Fadell said. “We said, ‘OK, we’re going to focus our energy on that. Forget all this other stuff.”

Fadell’s comments come as reports have indicated Apple is developing a self-driving car. The company is said to have been in the process of seeking out testing grounds, according to The Guardian. It has also been hiring automotive industry experts in recent months, as The Wall Street Journal reported in July.

This isn’t the first time Apple has said it’s considered building a car. Phil Schiller, Apple’s senior vice president of worldwide marketing, said in a court testimony in 2012 that Apple considered making a car before it launched the iPhone in 2007, according to Bloomberg.

Regardless of Apple’s plans, the company has made it clear that it expects big advancements to come to the auto industry in the near future. When speaking at a conference held by The Wall Street Journal in October, CEO Tim Cook said “massive change” is coming to the car business. 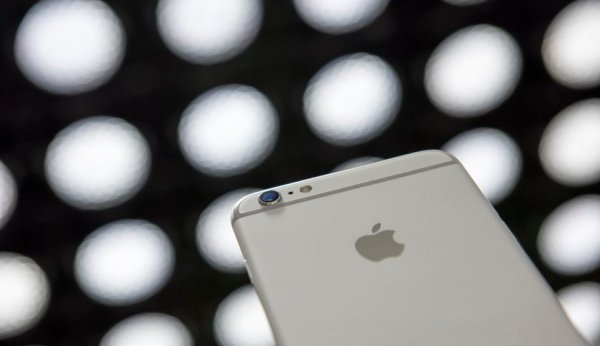 The New iPhone Camera Isn’t Any Better Than the Last One
Next Up: Editor's Pick