Workers from the Israeli Antiquity Authorities dig on November 3, 2015 at the excavation site near the City of David adjacent to Jerusalem's Old City walls where researchers believe to have found the remains of the stronghold the Acra
Gali Tibbon—AFP/Getty Images
By Tara John

Archaeologists believe they have unearthed the Greek fort of Acra from beneath a parking lot in Jerusalem.

The newly discovered stronghold ruins—built in the middle of the City of David (the archaeological site of ancient Jerusalem) by the Greek Emporer Antiochus IV— has solved one of “Jerusalem’s greatest archaeological mysteries,” says Israel’s Antiquities Authority.

The excavations under the parking lot have been going on for over a decade, but it was only in recent months when excavators found evidence of the 2000-year-old fort.

“The new archaeological finds indicate the establishment of a well-fortified stronghold that was constructed on the high bedrock cliff overlooking the steep slopes of the City of David hill. This stronghold controlled all means of approach to the Temple atop the Temple Mount, and cut the Temple off from the southern parts of the city” according to a statement by excavation directors,Doron Ben-Ami, Yana Tchekhanovets and Salome Cohen.

The mystery of identifying the location of Acra has plagued experts for over a century. Both the historian Josephus Flavius and the Book of Maccabees locate the fort within the City of David. 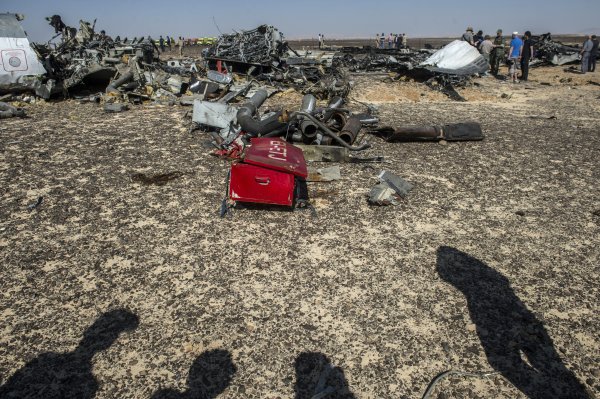 Cause of Russian Aircaft Tragedy Remains a Mystery
Next Up: Editor's Pick