An undated photo provided by Rene Hoover, Alex Hoover's mother, shows the two posing for a photo together.
AP
By Charlotte Alter

An Alabama teen with a serious medical condition is staying home from school until his mother convinces the administration to agree not to resuscitate him if he goes into cardiac arrest.

Alex Hoover, 14, has a terminal heart condition that caused him to be hospitalized three times this summer, the Associated Press reports. His mother, Rene, has drawn up an advance directive that would legally require the school to resist reviving Alex if he goes into cardiac arrest at school, but administrators have refused to obey it.

Rene Hoover says she does not want her son to die enduring medical procedures that harm and terrify him. “The last procedure we had done, it took us three weeks to get him to go to bed at night because he was afraid that if he went to sleep he would wake up and something would be wrong or that he’d be hurt,” she told the AP. “He would have to live his fears every single day.” She says his medical condition means his heart is too weak to keep up with his growth, and that resuscitations and surgeries probably won’t help him.

School officials refuse to honor the advance directive, and under Alabama law, do-no-resuscitate orders and similar directive only apply to patients who are older than 19. School staff say they’ll follow standard medical procedure if there’s an emergency.

The debate over Alex’s care coincides with a growing right-to-die movement around the United States. Last month in California, Governor Jerry Brown signed legislation allowing terminally ill patients to get lethal drugs to end their lives on their own terms. 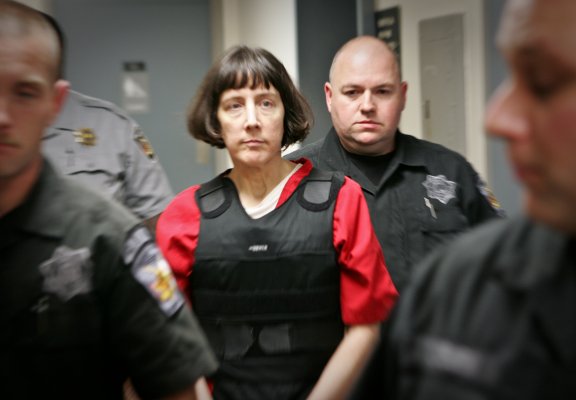 Alabama University Killer Apologizes for the First Time
Next Up: Editor's Pick