The declaration, published on Univision but not affiliated with the network, says: “We refuse to keep silent in the face of the alarming declarations of the candidate for the presidency of the United States Donald Trump.”

The letter continues: “His hate speech appeals to lower passions like xenophobia, machismo, political intolerance and religious dogmatism. All of which inevitably reminds us of the past campaigns that have been directed against other ethnic groups and that have resulted in the deaths of millions of people. In fact, the physical aggressions against Hispanics and repeated calls to prohibit the public use of the Spanish language have already started.”

The signatures to the letter include cultural leaders such as author Junot Díaz, actor Diego Luna and filmmaker Alejandro González Iñárritu, along with Arturo Sarukhán, the former Mexican ambassador to the U.S.; Jorge Edwards, the Chilean ambassador to France; and professors, scientists and other public figures in the Hispanic community.

The declaration now counts its co-signers among a growing legion of Hispanic leaders protesting Trump, who first angered the Hispanic community during his June campaign launch when he said some illegal Mexican immigrants were “rapists.” 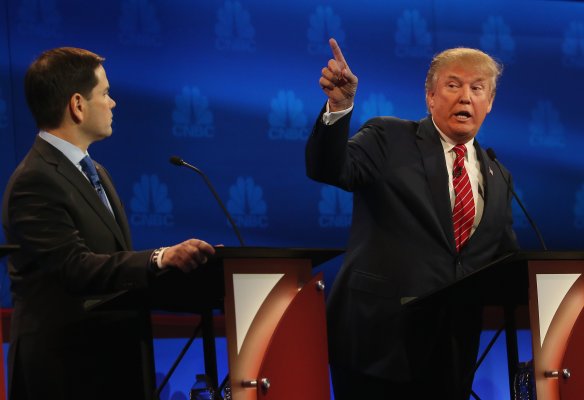 Donald Trump Campaign Will Negotiate Debate Demands With Networks
Next Up: Editor's Pick