Husbands and Wives Have Different Perceptions of Who Runs the House

The fat lady definitely hasn’t sung on the chore wars yet. Families with two working parents have made significant strides in leveling out the amount of work each does around the home, but, a new study suggests, not as much as some of them think they have.

The survey, conducted by Pew, looked at 1,807 U.S. parents with children younger than 18, and found that while very few dads in working parent couples believe that they do more around the home than their wives do, many of them believe that they do just as much. Moms disagree. And this discrepancy in perception extends to who does the childcare, who takes the sick days off, who organizes the kids’ lives and who does the housework.

For example, about half of mothers who are in the labor force say they shoulder most of the domestic duties as well. Not so fast, say most of the dads. About 56% of them think the household chores are actually shared about equally, and 12% of them say it is really they who do more. The other third agree that most of the work falls on the moms. (Very few moms, just 4%, say their partners are doing the most.)

The differences in perception are even starker in those areas of domesticity that require the scheduling, organizing and generally managing children. Almost two thirds of moms believe they do the heavy-lifting here. But almost half of dads think the division of labor is about equal. They can’t both be right.

According to the survey, almost half (47%) of U.S. families have two working parents now, up from less than a third (31%) in 1970. But while there were mechanisms, laws and human resources departments to encourage workplaces to adapt to the influx of women, there were fewer enterprises that encouraged homes to adapt to the exodus of full-time mothers.

The home front is beginning to catch up with the workplace, but many working parents are still feeling their way. This is complicated by the fact that raising children has become a much more demanding and complex activity in the modern era, particularly administratively. Fathers may reckon that they do much more than their dads did, so the domestic duties are all balanced out. But because childcare is so much more work than it used to be, it’s possible that moms are still pulling a heavier load.

It’s also possible that mothers believe that fathers do less because dads do it differently, as Anne Marie Slaughter pointed out recently. Yet other studies seem to suggest that no, in fact, moms are right. They do more.

But if household responsibilities are seen in a purely capitalistic way, dads are generally contributing in another way: by bringing in more money. According to Pew, more than half of dads in working couples earn higher salaries than moms. About a quarter of moms earn more and about a quarter of the couples earn the same amount. 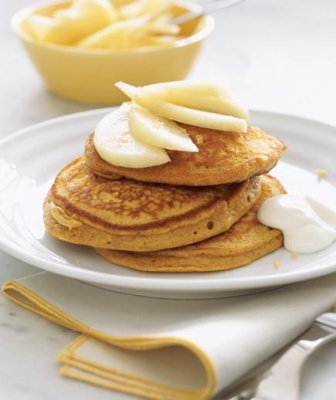 How to Pack a Healthy School Lunch for a Picky Eater
Next Up: Editor's Pick