If the presidential election were held today, Hillary Clinton would beat several Republican opponents but not Ben Carson.

Clinton did best against Trump, leading 50 percent to 42 percent among registered voters.

Her other leads aren’t as pronounced. Clinton bests Bush by four points, 47 percent to 43 percent, and Rubio by three points, 47 to 44. Those are both close tot he poll’s margin of error of +/- 3.4 points.

The NBC/WSJ poll took place Oct. 25-29, with 847 registered voters reached by live-caller via landline and cell phone. It has a margin of error of +/- 3.4 percentage points. 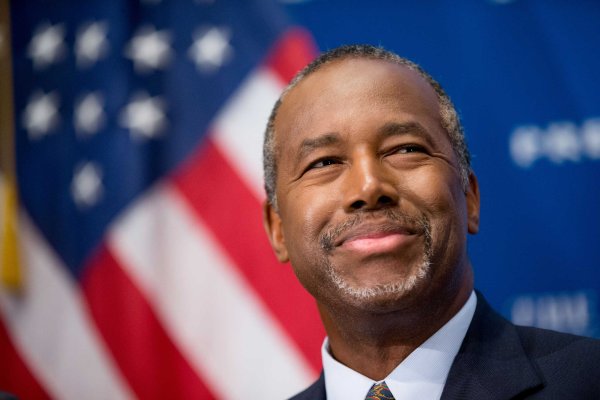