The New York Daily News and Tony Ortega’s website have published excerpts from the King of Queens actress’ tell-all, Troublemaker: Surviving Hollywood and Scientology. The book is being released Tuesday.

Below are five notable highlights, with numerous anecdotes from the celebrations surrounding Tom Cruise and Katie Holmes’ wedding.

Remini recalls riding to the airport with Bella and Conor, Cruise’s two adopted kids from his previous marriage to Kidman. Remini says she asked the kids if they had seen Kidman recently. “Not if I have a choice,” Bella replied, the book claims. “Our mom is a f—ing SP.” SP is a derogatory term in the Scientology community, meaning “Suppressive Person.”

2. An infant Suri cried on the bathroom floor for five minutes.

During a dinner prior to Cruise and Holmes’ wedding, Remini says that she could hear the couple’s seven-month-old daughter Suri crying in the bathroom for five minutes, and Holmes didn’t appear to be concerned. When Remini got into the bathroom, she saw Suri on the floor, surrounded by several adults, including Cruise’s assistant and his sister, none of whom appeared to know how to handle the child. Remini says she eventually convinced the onlookers to pick Suri up and feed her a bottle of milk.

3. Cruise’s lengthy wait at the altar.

The book reports that Cruise was left to stand at the altar during his wedding ceremony for 20 minutes as he waited for Holmes to appear. The guests became uncomfortable, with Jennifer Lopez even asking Remini, “Do you think Katie is coming?”

4. Guests were getting frisky on the wedding dance floor.

According to Remini, attendees were uninhibited while dancing at the reception following Cruise and Holmes’ nuptials. Scientologist Norman Starkey, who officiated the wedding, was seen “humping Brooke Shields on the dance floor,” Remini later told her mom during a phone call from the festivities.

Remini says she donated $1 million to the Church and then, as an apparent reward, got to spend time with Cruise. She and her husband, Angelo, were invited to Cruise’s home, where Angelo gave Cruise a salsa dancing lesson. It was here that she saw Cruise “forcibly kissing” Holmes, about which she made a joke that she was later reprimanded for by the Church.

A Scientology rep did not immediately respond to a request for comment about this article. 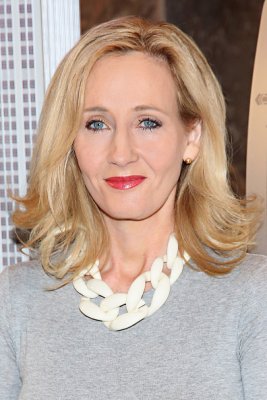 J.K. Rowling Is Writing More Novels
Next Up: Editor's Pick