How Ahmad Chalabi Downplayed His Role in the U.S. Invasion of Iraq

Ahmed Chalabi, one of nine rotating presidents of the Iraqi Governing Council, speaks to the 58th Session of the United Nations General Assembly, Oct. 2, 2003, at UN headquarters in New York.
Stan Honda—AFP/Getty Images
By Lily Rothman

American obituaries of Iraqi politician Ahmad Chalabi, whose death in his 70s was announced on Tuesday, are likely to focus on one aspect of his decades-long career: that, in encouraging the U.S. military involvement in Iraq in 2003, he provided information that led many to believe that his country had weapons of mass destruction.

However, about two years after that conflict began, when he was Iraq’s Deputy Prime Minister and Saddam Hussein was still on trial, he spoke to TIME’s Brian Bennett during a visit to the United States—and his version of what had happened was very different. In describing the events that led up to the war, he downplayed his own role in influencing any decisions by the U.S.:

Read the full interview here in the TIME archives: 10 Questions for Ahmad Chalabi 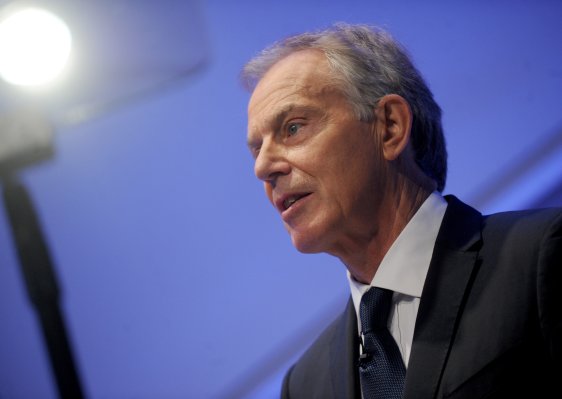 Tony Blair Says Iraq Invasion Played a Role in Rise of ISIS
Next Up: Editor's Pick