A Buckeye, Ariz., man left his 5-year-old granddaughter alone in the desert with a loaded and cocked .45-caliber handgun and directions to “shoot any bad guys,” officials said Monday.

Paul Armand Rater, 53, told sheriff’s deputies his vehicle had broken down and that he left the girl under a tree in the desert because she couldn’t walk any further, Reuters reports. Rater admitted that after leaving the girl “he went for a few drinks and a cheeseburger,” the Maricopa County sheriff’s office said.

The girl told authorities her grandfather gave her instructions to “shoot any bad guys” before leaving her to fend for herself. Rater has been charged with two counts of felony child abuse and one of felony child endangerment.

The girl was reported missing Sunday evening and eventually found in the desert by her mother and an off-duty firefighter. 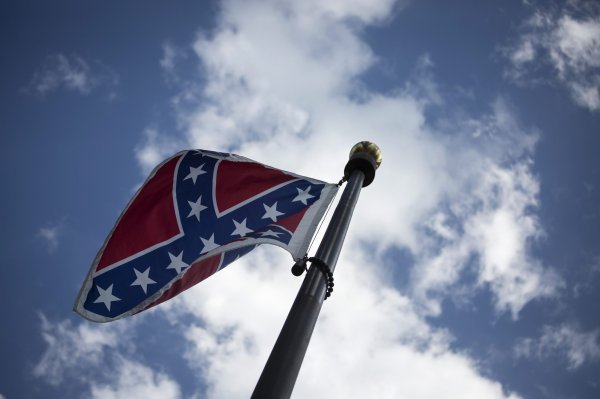