Here's Why the Company Behind Call of Duty Just Spent $5.9 Billion on Candy Crush

Activision Blizzard, which already owns many of the biggest franchises in PC and console gaming, wants to cement a leadership role in the mobile video game industry.

Late on Monday news broke that the publisher of franchises such as Call of Duty and World of Warcraft will purchase King Digital Entertainment, creator of Candy Crush Saga, for $5.9 billion.

The move strengthens Activision’s position as the largest publisher in the interactive entertainment business.

“The combined revenues and profits solidify our position as the largest, most profitable standalone company in interactive entertainment,” said Activision Blizzard CEO Bobby Kotick in a statement. “With a combined global network of more than half a billion monthly active users, our potential to reach audiences around the world on the device of their choosing enables us to deliver great games to even bigger audiences than ever before.”

With the buyout, Activision is able to address one of its chief areas of weakness: mobile.

Although, it does so at a steep price. To put the $5.9 billion price tag in perspective, Amazon spent $1.1 billion for red-hot video game streaming site Twitch last August. Facebook paid just $2 billion for virtual reality leader Oculus in March 2014. And Disney’s purchase of the Lucasfilm and the Star Wars franchise in 2012 came at a now seemingly bargain price of $4.05 billion.

Activision’s franchises—which also includes Destiny, Guitar Hero, and Skylanders—are strong. But Activision has been late to the mobile revolution and slow to embrace mobile gaming as the category has grown in size. (Mobile games, in the 12 months ending Sept. 2015, accounted for 19% of the total dollars spend on video game software, according to The NPD Group.) Rather than investing its own resources, the publisher has partnered with mobile-centric companies (including Tencent) to bring select franchises to mobile in emerging territories. In January, for instance, the two companies launched Call of Duty Online in China.

Aside from Skylanders, most of Activision’s major franchises don’t have a mobile presence in the U.S. One exception: Blizzard’s Hearthstone, a PC and mobile game that has attracted more than 25 million players. Hearthstone’s success may have been a key catalyst for Activision’s pursuit of King. Blizzard’s games appeal to a wide audience, but it’s nowhere close to the size of the Candy Crush player base. King’s games boasted 474 million monthly active users in the third quarter of 2015. (During its most recent earnings call in September, Activision said only that its MAUs had grown 35% year over year.)

With the purchase of King, Activision gains an in-house team of proven mobile veterans who can not only expand their own hit games, but help the company exploit its own franchises.

“We believe that the acquisition will position us very well for the next phase of our company’s evolution,” said Riccardo Zacconi, CEO of King. “We will combine our expertise in mobile and free-to-play with Activision Blizzard’s world-class brands … to bring the best games in the world to millions of players worldwide.”

The $18 per share proposed purchase price represents a 20% premium over King’s closing price on Oct. 30. But it’s still $4.50 per share lower than its IPO price. (The company made its debut on the New York Stock Exchange in March 2014.) Under Activision, King will operate as an independent unit. Its senior executives will sign long-term employment contracts with terms that are very similar to those used during Activision’s purchase of Blizzard in 2008.

The acquisition is expected to be completed next spring.

Yet investors have been critical of King’s performance and its inability to launch another Candy Crush Saga-sized hit and have penalized the price of the company’s shares. Kotick and Activision have shown a remarkable eye for selecting new franchises and ensuring that existing ones thrive; the Activision-King deal will likely excite the larger company’s investors.

The acquisition is the second major move into a new area by Activision since the company extracted itself from Vivendi’s ownership. In late October, it announced plans to launch an e-sports division headed by the former CEO of ESPN and NFL Network, positioning itself to be a fast growing industry that Colin Sebastian of R.W. Baird expects to produce revenues of $1.8 billion by 2020. 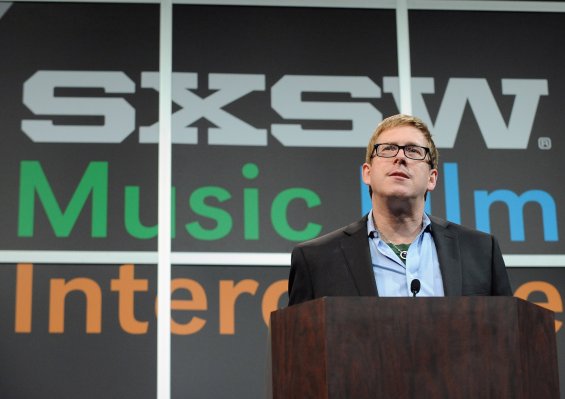 SXSW Apologizes for Canceling Gaming Panels
Next Up: Editor's Pick