The 155 Best Candidates to Become the Next James Bond

Spectre, which comes up Nov. 6, is expected to be Daniel Craig’s last appearance on screen as James Bond. To figure out the best person to replace him, we built own our Bond Rating, allowing readers to compare how suitable thousands of actors and actresses are for the role.

The scoring system, described here, is pretty simple: Actors get points for having on-screen experience doing Bond-like things like, well, having sex and killing people. The average actor or actress has a Bond Rating of 28 percent. Not so average? Law, Jude Law. The 42-year-old British actor is the only actor among 3,800 we analyzed who manages a perfect score. While Gerald Butler and Christian Bale join Law as one the top ten heirs apparent, they each trail Kate Beckinsale in their Bondness. And Angelina Jolie tied Butler’s score.

You can nominate the next 007 of your own choosing here.

Want to see who scores best? Here’s everyone who managed at least 60 percent on the scale–155 actors in all. Actors and actresses were ranked by country of origin, age and their past work on screen. 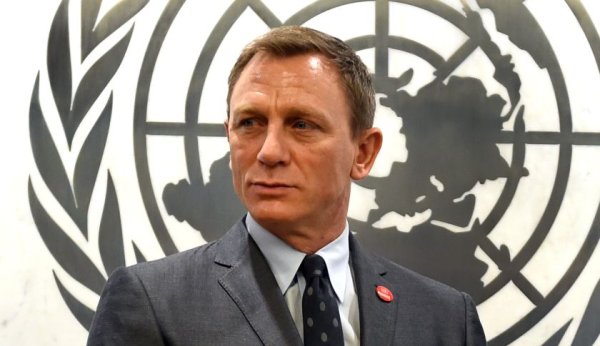 See How 'Bond' Your Favorite Actor Is
Next Up: Editor's Pick