The shock and disbelief with which many political pundits have responded to Bernie Sanders’s description of himself as a “democratic socialist”—a supporter of democratic control of the economy—provide a clear indication of how little they know about the popularity and influence of democratic socialism over the course of American history.

How else could they miss the existence of a thriving Socialist Party, led by Eugene Debs (one of the nation’s most famous union leaders) and Norman Thomas (a distinguished Presbyterian minister), during the early decades of the twentieth century? Or the democratic socialist administrations elected to govern Milwaukee, Bridgeport, Flint, Minneapolis, Schenectady, Racine, Davenport, Butte, Pasadena, and numerous other U.S. cities? Or the democratic socialists, such as Victor Berger, Meyer London, and Ron Dellums, elected to Congress? Or the programs long championed by democratic socialists that, eventually, were put into place by Republican and Democratic administrations—from the Pure Food and Drug Act to the income tax, from minimum wage laws to maximum hour laws, from unemployment insurance to public power, from Social Security to Medicare?

Most startling of all, they have missed the many prominent Americans who, though now deceased, were democratic socialists during substantial portions of their lives. These include labor leaders like Walter Reuther (president, United Auto Workers and vice-president, AFL-CIO), David Dubinsky (president, International Ladies Garment Workers Union), Sidney Hillman (president, Amalgamated Clothing Workers), Jerry Wurf (president, American Federation of State, County, and Municipal Employees), and William Winpisinger (president, International Association of Machinists). Even Samuel Gompers—the founder and long-time president of the American Federation of Labor who, in the latter part of his life, clashed with Debs and other socialist union leaders—was initially a socialist.

Will Americans Vote for a Democratic Socialist?

In fact, although very few people know it, even Martin Luther King, Jr. was a democratic socialist. “I am much more socialistic in my economic theory than capitalistic,” he wrote to Coretta Scott (soon to become his wife) on July 18, 1952. This belief system continued throughout his life, and, in the late 1960s, contributed to his shift from championing racial equality to championing economic equality. In a 1966 speech to his staff, King declared: “Something is wrong . . . with capitalism.” He added: “Call it democracy, or call it democratic socialism, but there must be a better distribution of wealth within this country for all of God’s children.” Plans for the Poor People’s Campaign followed, as did his death while promoting the unionization of Memphis’s exploited sanitation workers.

Nor is democratic socialism dead in the United States. In response to rising economic inequality and, particularly, the blatant greed and power of the wealthy and their corporations, Democratic Socialists of America—a descendant of the old Socialist Party of America, though an organization rather than a third party—is growing rapidly. Not surprisingly, it is fervently backing Bernie Sanders’s campaign for the presidency. Meanwhile, Democratic Party leaders are suddenly shying away from their corporate dalliances and picking up a few programmatic ideas from Sanders, democratic socialists, and their allies. These include a $15 per hour minimum wage, expansion of Social Security, free college tuition, and opposition to two pro-corporate ventures: the Keystone XL pipeline and the Trans-Pacific Partnership.

If the political pundits would look around, they would even discover a significant number of prominent U.S. democratic socialists at work in a variety of fields. They include muckraking authors like Barbara Ehrenreich, journalists like Harold Meyerson, actors like Ed Asner and Wallace Shawn, intellectuals like Noam Chomsky and Cornel West, documentary film-makers like Michael Moore, TV commentators like Lawrence O’Donnell, science fiction writers like Kim Stanley Robinson, feminist leaders like Gloria Steinem, peace movement veterans like David McReynolds, and academics like Frances Fox Piven.

These and many other democratic socialists, among them Bernie Sanders, have played an important role in American life. It’s a shame that so many political “experts” haven’t noticed it.

Dr. Lawrence Wittner is Professor of History emeritus at SUNY/Albany. His latest book is a satirical novel about university corporatization and rebellion, What’s Going On at Aardvark?

For your security, we've sent a confirmation email to the address you entered. Click the link to confirm your subscription and begin receiving our newsletters. If you don't get the confirmation within 10 minutes, please check your spam folder.
Most Popular on TIME
1
What Taiwan Told the WHO About Coronavirus
2
What Martin Luther King Jr Really Thought About Riots
3
When Rioting Is the Answer 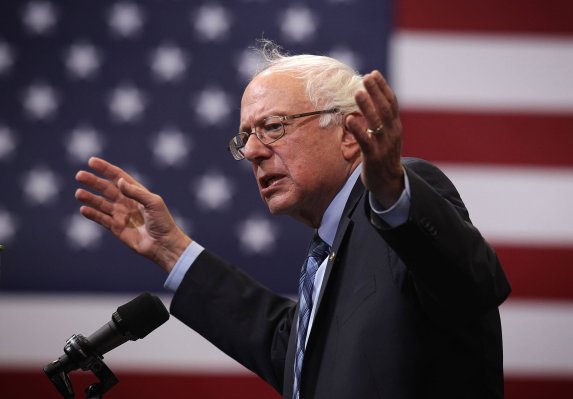