5 Secrets From the CEO of the World's Most Productive Startup

Take a look around your desk. See those notes taped to your desktop, pinned to your cubical wall, and hanging off your monitor? For years, software makers have failed to convert you to digital note-making systems. By now the reason is obvious: You already have a system that works for you just fine. And perhaps for this very reason, Trello is the organizational app that could change your tree-killing ways.

A web-based sticky note system that can be viewed by multiple users on desktops, tablets, and smartphones, this lightweight, visual-based tool works just like the real thing—only you can edit your cards and there’s no adhesive to collect dust, lint, and hair. Trello is being used for everything from sales management to wedding planning to, well, note taking. But co-founder and CEO Michael Pryor didn’t set out to make one of the web’s best organizational tools when he developed it. He was simply trying to find an easy way for his team to track bugs in computer code.

So instead of sharing tips on how he uses Trello—because what’s the use in that? You know how to use a pen and paper—here are some of his secrets for keeping the company, and himself, productive.

This tip might sound like some self-help nonsense, but it’s got a strong basis in reality. People are visual, and thoughts are not. So saying without showing can leave out important information.

“For me, at a startup, it’s not necessarily always about what to do, but how to prioritize things that are available to me, because there’s an un-ending list of things that we’re working on,” says Pryor. For instance, when he shares a project on Trello, the hierarchy or color-coding of his notes add meaning and importance that would otherwise be lost in an email. It’s no longer about being “on the same page,” because with everything there is to think about now, a page is too much to focus on.

2. Celebrate the things that you’ve done

There’s a certain satisfaction you get from taking a pen and crossing something off your to-do list. It’s not so much the act of striking through a particularly hard task, but rather the ability to look at it and see a bold line of accomplishment running through it.

With Trello, when you’re finished with a card, it doesn’t disappear. You can archive it, which makes it look like it’s been deleted. But Pryor recommends making a “Completed” column, and dragging the note over and dropping it in. “Think of any big project you’re working on; it’s all these series of little things,” he says. “Part of making forward progress is being able to see what you’ve already completed—that will keep you motivated.”

One great thing about physical spaces like cork boards is that there is a finite space, and as a result you have to choose what things are most important to pin to it. Where other computer note-taking services have failed is that they offer users infinite space, which can actually hinder people in the end.

“A lot times, people try to be more productive by putting everything into the system—I’ll just record this, and this, and this—and they create this giant backlog of things that they may do, that they’re never going to get to,” he says. “With that visual nature of constraining yourself to a limited set of things, you can really make progress, instead of worrying about the unlimited set of things that you’re not working on.”

4. Stop using your email inbox as your to-do list

Since much of our business communication comes at us through our email, it’s only natural to use your inbox as your to-do list. But this is a poor way to manage your time, says Pryor. “The inbox is a problem because everything has the same weight, everything occupies a row,” he says.

That means the Nigerian money laundering spam takes up the same space as your quarterly performance evaluation, if you use your inbox to manage your tasks. And with the ever-increasing amount of marketing emails and newsletters that are crossing the wires these days, it makes your inbox like a snowy front walk that you have to shovel multiple times a day. Don’t fall for that trap—just make a to-do list another way.

5. Don’t be afraid to close your door

The modern workplace may be about open environments and shared spaces, but that’s not necessarily the best way to get things done. At Trello, says Pryor, offices have doors that they encourage workers to close, with a Post-It note that says “heads down” on it. (Post-Its even have their uses at a company that’s largely replacing them.) They turn off Slack and stop checking their emails in order to get uninterrupted time to focus on tasks at hand. The reason is that when you go into a programmer’s office and ask them about something other than what they’re working on, it takes their head out of their work, and then takes time to get them back to where they were. “Every time you switch contexts, there’s this huge cost associated with that,” says Pryor.

And in the end, productivity all about preserving time. “Our time is limited, essentially,” he says. “Your trick is to be able to ration that resource for all the things you need to do, and that’s the hardest part of being productive.” 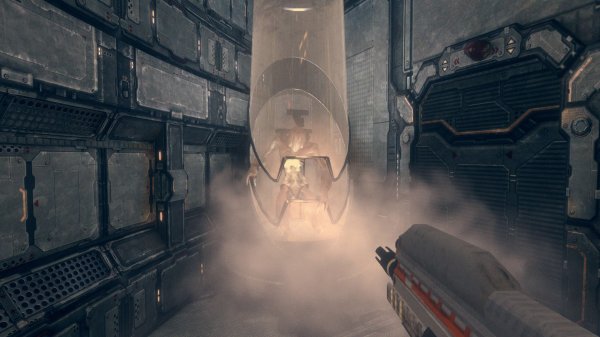 These Guys Created a Real-Life Holodeck. Here's What It's Like to Use
Next Up: Editor's Pick