The presidential campaign of Sen. Bernie Sanders announced Sunday that it will be releasing its first television ad starting Tuesday. The spots will air in Iowa and New Hampshire, and were purchased for $2 million, the same amount that former Secretary of State Hillary Clinton spent on her first set of ads, according to NPR.

“This ad marks the next phase of this campaign. We’re bringing that message directly to the voters of Iowa and New Hampshire,” Sanders campaign manager Jeff Weaver said in a statement.

The endorsement acts as an overarching introduction of the Senator to the masses, highlighting his recognized platforms of tackling income inequality and climate change. It also incorporates his own personal story, calling him “the son of a Polish immigrant who grew up in a Brooklyn tenement,” and plays up his commitment to civil rights activism. 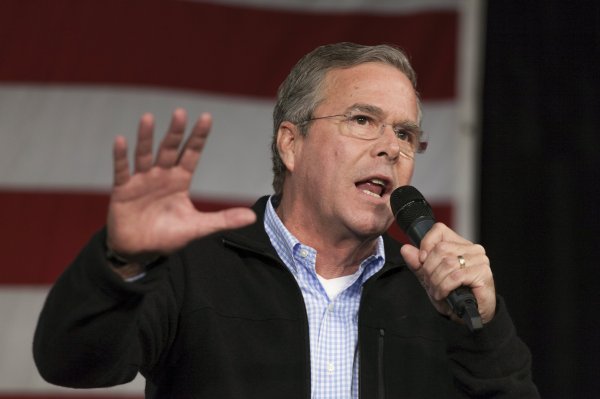 Jeb Bush Plans to Fight Past Campaign's 'Bumpy Time'
Next Up: Editor's Pick