Alas, You Do Have to Talk to Your Teen About Sex

Parents don’t much like to think of their children as sexual beings and kids are openly repulsed at thinking about their parents that way. So parents are often reluctant to talk to their kids about sex, and kids are even less eager to hear about it from them. But a new study published Monday in JAMA Pediatrics that looks at 30 years of scholarship has found that kids who hear often about the s-word from parents make safer sex choices.

The researchers had been wondering about how important parental communication was in the area of sexual health—a question many parents also have, after they see their child’s face when they bring up the subject. The study pooled information from 52 peer-reviewed articles which drew on information from more than 25,000 adolescents.

And the answer? “It’s important,” says lead author Laura Widman, assistant professor of psychology at North Carolina State University. “There was a significant effect. Kids whose parents talked with them about sexually healthy practices were more likely to take precautions and preventative measures.” That means fewer sexually transmitted diseases and fewer unintended pregnancies.

According to the Centers for Disease Control, about half of high school kids will have already had sex by the time they graduate, and half of all the infections sexually transmitted annually are acquired by people between 15 and 24. As recently as 2013, 273,000 babies were born to girls between the ages of 15 and 19. So there’s room for more education.

The effect of parental advice was particularly significant when the information came from moms, although Widman says it was unclear from the data whether that was because moms are more effective communicators or because they were more likely than dads to be banging on about it. (There are very few studies that look specifically at father-child communication about the subject.) Similarly, girls were more likely to be influenced by their parents than boys were, but that could be because “parents have a lot more conversations with girls,” says Widman.

Boys need sex talks just as much as girls however. “I think we could talk about the long-term consequences of fatherhood,” says Widman, who suggests that the conversations with boys might be expanded beyond just basic mechanics. “We could be talking with boys the spectrum of consequences that might happen.”

The average age of the adolescents in Widman’s survey was 15, by which age, studies have shown, at least 25% of teens report never having heard anything about sex from their parents. A much higher proportion of parents on the other hand, report that they have talked to their kids about sex. How can this be? “What the teen is hearing is more important than what the parent thinks they’ve communicated,” says Widman.

Often parents expect schools to provide the sex ed for their kids, but schools are increasingly prevented from doing this effectively, because parents’ views on the issue are so widely polarized. The literature also seems to suggest that “The Talk” is not as effective a way to reach teens as frequent conversations, starting at an age when the child first shows curiosity.

The good news from the study is that even teenagers as old as 17 are influenced by what their parents say on the subject, despite all appearances. 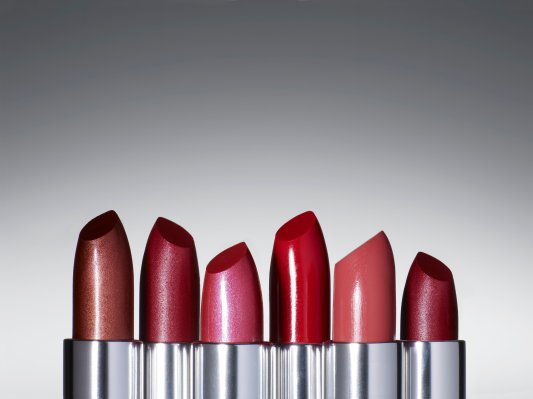 9 Liberating Beauty Hacks For New Moms
Next Up: Editor's Pick