The History Behind the Largest Privately Owned Estate in Washington, D.C.

Even in a city renowned for its commanding estates, Twin Oaks stands out for its understated beauty and historic pedigree. Yet, while the gala events held at other such grand homes are routine fodder for the social pages of Washington’s newspapers, the owners of this particular residence tend to keep their own council. Reason: It is, in fact, a symbolic embassy. A virtually invisible embassy but an embassy nonetheless.

In 1971, Taiwan lost is representation in the United Nations, and in 1979 when China was admitted as a member of the UN, the United States was forced to end its formal diplomatic relations with Taiwan. But within 90 days the Congress signed the Taiwan Relations Act in April of that year, which authorized the “continuation of commercial, cultural and other relations between the people of the United States and the people on Taiwan.” Ever since then the US and the island-province have maintained a close, though discreet relationship. Taipei and Washington have long consulted on security affairs, as well as on cultural and educational exchanges. Technically, though, Taiwan hasn’t had an actual embassy in Washington for 36 years, its facsimile – the awkwardly titled “Taipei Economic and Cultural Representative Office” in fact fills that precise role, and its staff works hard to keep Taiwan’s views in focus in the US capitol.

Though the Taiwanese have had to forfeit their official diplomatic standing, don’t feel too bad for them.

After all, they managed to hold tight to Twin Oaks, a strikingly elegant 26-room Georgian style mansion, which serves as the non-official residence of the non- official ambassador. Located on a leafy, tree-shaded property in a posh neighborhood in northern Washington, its 18.24 acres are considered the largest privately owned estate in Washington, and slightly larger than the White House compound.

Aside from its beautiful bucolic setting, all of Twin Oaks owners have had impeccable pedigrees. Set gently atop a hill once owned by a one-legged general who fought in the Revolution, the manor itself was built in 1888, by a leading architect of the time for the founder of the National Geographic Society. The cost: $30,000. Years later the house came into the family of Alexander Graham Bell, the Scots-born inventor of the telephone. By the 1930s, Bell’s daughter, Grace, was renting the house to senior government officials as a place to escape the humid Washington summers.

Then, in 1937, Grace Bell rented Twin Oaks to Thomas C. T. Wang, the official representative of China’s Chiang Kai-shek government. For nearly a decade the house was leased by the Chiang government, until 1947, when Ambassador Wellington Koo decided to buy the estate for $350,000 – to use it as a permanent residence for China’s ambassadors to Washington.

From that year until 1978, a total of nine Taiwan ambassadors lived happily at Twin Oaks where they entertained countless thousands of US dignitaries, including presidents Eisenhower and Ford, CIA founder John Foster Dulles, and numerous senators and governors. However, in 1978, when Jimmy Carter announced that the US would formally recognize the People’s Republic, there were fears that Beijing would lay claim to all Chinese assets in the US, so Taipei’s representatives quickly sold the estate to the Friends of Free China Association for $10 million to a foundation set up for the purpose under the co-chairmanship of the late Senator Barry Goldwater. But the passing of the Taiwan Relations Act guaranteed that all property held by the Taiwan government as of December 31, 1978, would remain the property of Taiwan.

Several restrictions, however, were placed on the use of the estate out of deference to Beijing, many of which remain today. Taiwan representatives are permitted to entertain at the estate, but may not live there, or even sleep there. And diplomatic feathers can be easily ruffled. In January there were complaints from mainland Chinese officials when the flag of the Republic of China (Taiwan’s official name) was raised on January 1, 2015, to mark New Year’s Day. A senior in the Obama administration denied knowing anything about the incident. Likewise, the State Department claimed to be unaware of the naughty flag-rising.

Despite such political-based boundaries, over the decades Twin Oaks continues to be the show-residence of the Taiwanese government, and has since quietly hosted many thousand Washington VIPs for lavish lunches and dinners, including senior officials of the first president Bush, as well as those of President Clinton and former Secretary of State Colin Powell.

In the mid-1980s, the then 100-year-old house underwent extensive structural repairs. But these were carried out with painstaking care to preserve the house’s charming century old wooden interiors, and hand-carved stairways and balusters. In recognition of the fact that the house is the last remaining Georgian-style estate of its type in Washington, in 1986 Twin Oaks was listed on the National Register for Historic Sites.

Today, the interior furnishings include classic Chinese blue & white carpets in the sitting room. And in the formal dining room there is an intricately-carved antique rosewood dinning set believed to have been sent to the St. Louis World’s Fair of 1904 by the Empress Dowager. Its striking dragon motif suggests that this beautifully preserved set was made specifically for the Imperial household.

Elsewhere in the house is an original Tiffany chandelier, and scores of precious Chinese porcelains. But Twin Oak’s prize possession is an 1897 painting which, according to a noted Taiwanese historian, was made by the celebrated Empress Dowager Tzu-Hsi as a gift.

On the second and third floors are large bedrooms. But these are all closed to visitors.

Correction: The original version of this article misstated the year in which Taiwan lost its representation in the United Nations. It was 1971. It also misstated the precise size of the Twin Oaks grounds. They cover 18.24 acres.

For your security, we've sent a confirmation email to the address you entered. Click the link to confirm your subscription and begin receiving our newsletters. If you don't get the confirmation within 10 minutes, please check your spam folder.
Most Popular on TIME
1
Trump Eyes Delivering RNC Convention Speech From White House
2
Biden Campaign Announces $280 Million Ad Buy
3
AFM, a Biennial Polio-Like Viral Illness, Is Expected to Hit the U.S. in 2020 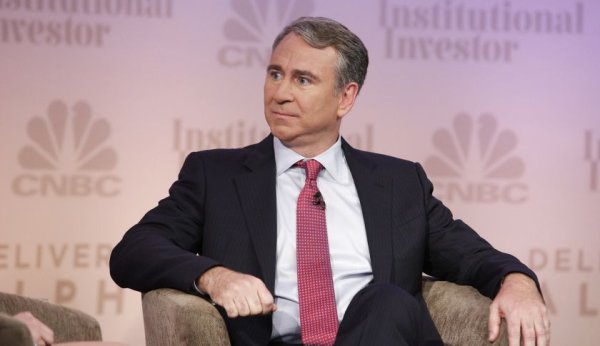 This Could Be the Most Expensive Single Residential Real Estate Deal in U.S. History
EDIT POST