People With Acne Take Antibiotics For Way Too Long: Study

Acne sufferers tend to go through a predictable wringer of treatments: over-the-counter creams, prescription gels, and finally: oral antibiotics. If nothing works, dermatologists often turn to a powerful medication called isotretinoin, which is better known by the brand name Accutane.

But according to a new study published in the Journal of the American Academy of Dermatology, people with severe cases of acne who are eventually prescribed isotretinoin stay on oral antibiotics for far longer than current guidelines recommend—which raises concerns about how acne treatment may be contributing to antibiotic resistance, a growing problem in the U.S.

MORE: Too Many Antibiotics May Make Children Heavier

The researchers looked at data from 137 patients from the New York University Langone Medical Center dermatology practice, all of whom first used antibiotics and were eventually prescribed isotretinoin. These patients, all with severe acne, took antibiotics for an average of 11 months before being prescribed isotretinoin, and a third took antibiotics for a year or longer. Those who switched doctors or medical centers in the middle of their care were on antibiotics for even longer, “it’s like the next doctor started from scratch on you,” says Dr. Seth J. Orlow, a dermatologist and professor of pediatric dermatology at NYU Langone Medical Center and one of the study’s authors.

MORE: Half of Bugs That Cause Infections After Surgery Are Antibiotic Resistant

Many people put off taking the retinoid isotretinoin because they fear the potential side effects, which range from more mild issues like dry skin to rare but severe symptoms like suicidal thoughts. The medication also can cause birth defects, which is why women who want to take the medication must produce two negative pregnancy tests the month before they start and use two forms of birth control while on it. However, isotretinoin is one of the most effective medications for treating severe and resistant acne, and Orlow says that the fear of the medication far outweighs its risks.

“There’s a lot of misinformation about the medication, and I think that makes patients more fearful than may be warranted for them for the medication,” he says. “It causes us to come against that when we do want to prescribe it.”

MORE: 5 Ways To Improve Your Skin Through Food

Orlow says that he doesn’t necessarily think more people should be taking isotretinoin, but that those who eventually do should consider doing so sooner in order to shorten their course of antibiotics.

“The doctor can’t make the patient take the medicine, but you can explain to the patient in your experience patients with this type of acne end up needing it anyway,” Orlow says. “We recognize now that maybe sooner is better than later if it’s going to be that way.” 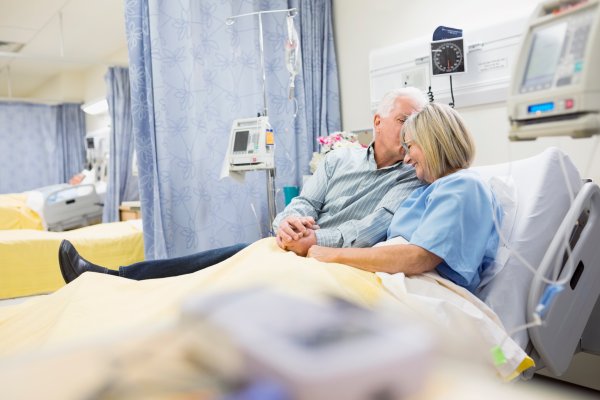