If you’ve ever wondered what Game of Thrones‘ Daenerys would look like as a pop superstar, look no further than the new video from Ariana Grande. The “Break Free” siren—now sporting silvery, lavender locks that make her look a bit like the HBO character—released two albums in two years and headlined her own arena tour, yet she’s still found the time to squeeze in a whole new record, her upcoming third LP Moonlight. After weeks of Instagram teasing she’s finally shared the first single, “Focus,” and its accompanying video.

The track reunites Grande with über-producer Max Martin (Taylor Swift, the Weeknd), and it picks up where their chart-topping Iggy Azalea collaboration “Problem” left off last year: there’s another brass section, a familiar pre-chorus and even a dude shouting on the hook in place of Big Sean’s whisper. But hey, if it ain’t broke, don’t fix it—no need for Grande to check her vision here.

Read next: Ariana Grande Is Fully Aware That the Lyrics of ‘Break Free’ Make No Sense

Read next: Ariana Grande: I Do Not Always Order a Grande at Starbucks 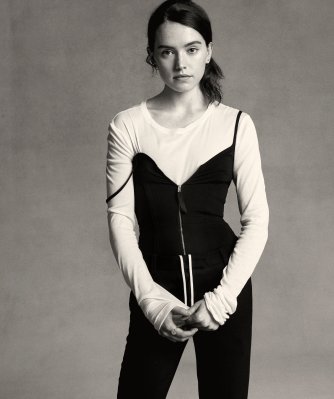