A U.S. air strike in Syria has killed a German hip-hop artist who left his home country in 2012 to join the Islamic State of Iraq and Greater Syria and rap in the name of jihad.

On Oct. 16, 39-year-old Denis Cuspert — once a moderately successful Berlin rapper who went by “Deso Dogg” — was in a car near Raqqah, ISIS’s de facto capital, when a successful air strike destroyed the automobile. An unnamed defense official told the Daily Beast that Cuspert was the strike’s target.

“Cuspert was a foreign terrorist fighter and operative for [ISIS] who used social media to take advantage of disaffected youth and potential Western recruits,” Elissa Smith, a Pentagon spokesperson, told BuzzFeed News. “He publicly threatened the President of the United States and German citizens; he also encouraged Western Muslims to conduct attacks on behalf of [ISIS].”

The story of Cuspert’s radicalism begins five years ago, when a near-fatal car crash led him to convert to Islam. Before that incident, he was a rapper with three albums under his belt; by early 2011, he was calling himself Abu Malik and using his YouTube channel to celebrate extremist figureheads like Osama bin Laden. He shifted his creative focus from rap to jihadi nasheeds, ballads of war that have provided the soundtracks to ISIS’s gruesome execution videos.

After evading German authorities and traveling to Egypt for training with an al-Qaeda affiliate, Cuspert joined ISIS in 2012. He returned to his hip-hop origins — this time, using rap to recruit young Western Muslims to the extremist cause. He appeared in a number of videos released by the militant group, one of which features him holding a man’s severed head. The U.S. identified him as a terrorist in February of this year.

Smith told The Guardian that Cuspert threatened the U.S. and encouraged Muslims in the West to execute their own terrorist attacks at home. 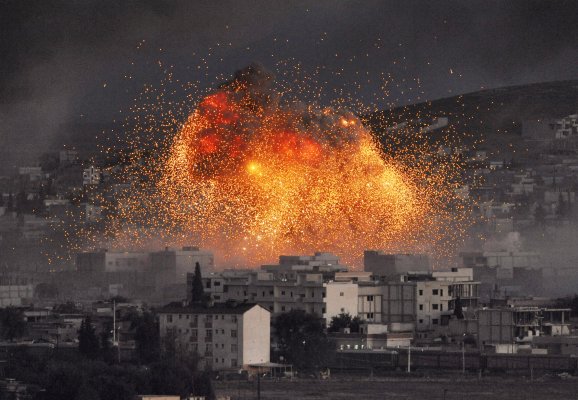