D.C. Policewoman Who 'Danced Off' With Teenagers Praised by President Obama

In the midst of a heated debate over police brutality in the U.S., a viral video of a Washington, D.C., officer indulging in a dance-off with a teenager garnered praise from President Barack Obama as an example of positive law enforcement.

Obama, in a post on Twitter, hailed the officer’s actions as a “great example of police having fun while keeping us safe.”

The “incident” took place on Monday at the U.S. capital city’s K Street, when police broke up two groups of fighting teenagers, following which the female officer approached and asked the crowd to disperse.

But 17-year-old Aaliyah Taylor, instead, walked up to the officer while doing the Nae Nae as she played Silento’s hugely popular song on her phone, to which the officer responded by laughing and saying she had better dance moves.

What happened next, well … see for yourself, in this now viral video Taylor shared on Facebook.

“I thought all cops were cruel because that’s how I saw them,” the teenager told the Washington Post. “I’ve now seen there are good cops out there.” 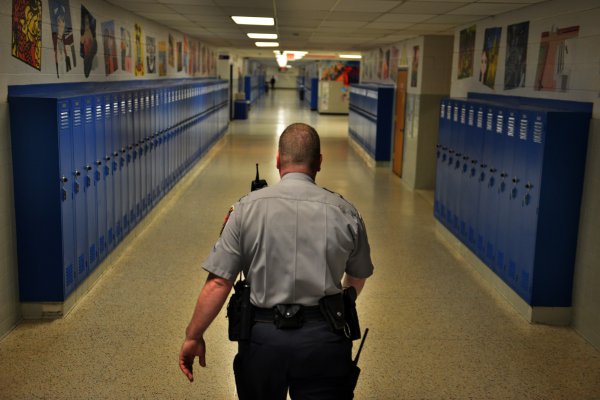