Violence broke out at an election rally of Burma’s leading opposition party on Thursday, when men wielding knives and swords attacked the party’s candidate for the area and his supporters.

Naing Ngan Lin, a member of Nobel laureate and democracy icon Aung San Suu Kyi’s National League for Democracy (NLD) and the incumbent local member of parliament, was immediately rushed to the hospital, the BBC reported.

He received injuries to his head and hands and was fading in and out of consciousness, his wife said.

Burma, officially known as Myanmar, goes to the polls in just over a week in what looks like its first completely open general election in 25 years. However, tensions have been running high leading up to the ballot, and the NLD, which is expected to win a large number of seats in parliament, had received threats to cancel the rally in Thaketa township.

Suu Kyi, who has been barred from becoming the Southeast Asian country’s President because she was married to a Briton and has two sons who are British citizens, is set to hold a large rally of her own in Rangoon, Burma’s former capital and biggest city, on Sunday.

Read next: 7 Things to Know About Burma’s Upcoming Elections 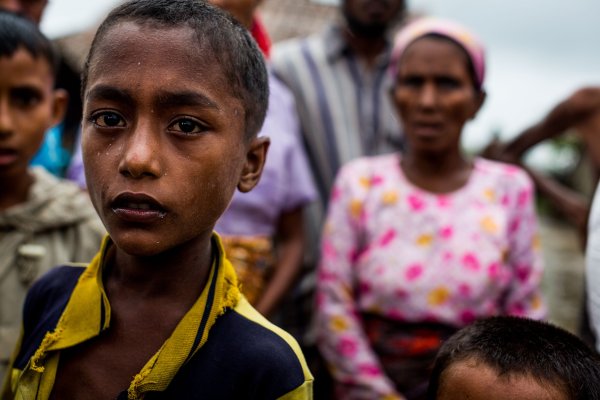