The attack from Priorities USA—a step short of calling the surging Republican sexist—stemmed from his comments in which Rubio said he struggled to explain his student loan debt to his wife after they were married.

The 15-second video takes the longer quote out of context, as Rubio was under pressure to explain his family’s financial choices during the debate.

The video, which is already drawing criticism on Twitter from Republicans, appears targeted to rile up Clinton’s democratic base, rather than appealing to independent voters.

It reveals the extent of the Clinton allies’ worry about the potential matchup between the charismatic and youthful Rubio–whom Jeb Bush’s campaign has termed the “GOP Obama”—against the former Secretary of State.

Rubio’s strong performance in the CNBC debate, as well as Bush’s continued troubles, are sure to boost Rubio’s poll numbers, but also increase the scrutiny he receives from Democrats.

Read Next: Here’s How Marco Rubio Defended His Personal Finances at the Debate 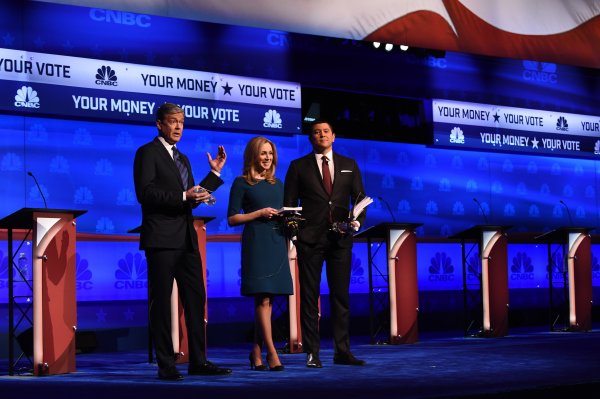 CNBC Republican Debate Was the Least-Watched So Far
Next Up: Editor's Pick