HONG KONG - 2013: (EDITOR'S NOTE: ONLY AVAILABLE TO NEWS ORGANISATIONS AND NOT FOR ENTERTAINMENT USE) In this handout photo provided by The Guardian, Edward Snowden speaks during an interview in Hong Kong. Snowden, a 29-year-old former technical assistant for the CIA, revealed details of top-secret surveillance conducted by the United States' National Security Agency regarding telecom data. (Photo by The Guardian via Getty Images)
Getty Images
By Victor Luckerson

The members of European Parliament have narrowly approved a resolution that asks the EU’s member states to grant asylum to Edward Snowden as a “human rights defender.” The group voted 285 to 281 to ask European governments to drop all charges against the American whistleblower and prevent his extradition by third parties. Snowden is currently living in Russia, where he has been granted asylum into 2017.

The Parliamentary vote is non-binding. All EU member nations currently have extradition treaties with the U.S., meaning under current laws they’d have to send Snowden back to the U.S. if he came into their countries. But the vote signals that a significant contingent of Europeans believe Snowden’s leaking of top-secret documents that shed light on mass surveillance by the NSA was for the public good.

Snowden called the vote a game-changer on Twitter. “This is not a blow against the US Government,” he wrote, “but an open hand extended by friends. It is a chance to move forward.” 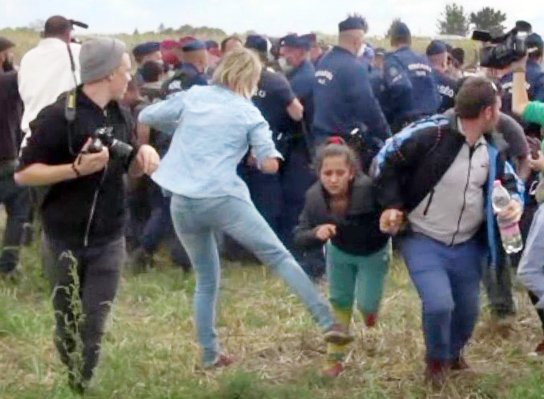 Hungarian Camerawoman Plans to Sue Migrant She Tripped
Next Up: Editor's Pick