Is the Ferguson Effect For Real?

FBI Director James Comey is known for speaking his mind. The Republican once put his senior Justice Department job on the line by challenging President George W. Bush’s warrantless-wiretapping program. But it was still striking to see him suggest a link between the violent-crime spike in some U.S. cities and the heightened scrutiny of police in recent months. “I do have a strong sense that some part of the explanation is a chill wind blowing through American law enforcement over the last year,” Comey said during a speech at the University of Chicago Law School on Oct. 23. “And that wind is surely changing behavior.”

Comey was channeling a theory popular among police officials, beat cops and even big-city mayors like Chicago Democrat Rahm Emanuel who believe the backlash against police brutality, coupled with the ubiquity of smartphone cameras brandished by mistrustful bystanders, has made officers leery of interceding in situations apt to wind up on YouTube. “Officers are extremely cautious right now,” says Sergeant Delroy Burton, chairman of the police union in Washington, D.C., where homicides are up 45% in 2015. “Nobody wants to become the next guy in a viral video on the 6 o’clock news.”

This phenomenon has been dubbed the Ferguson effect, after the St. Louis suburb where protests raged when a white police officer shot and killed an unarmed black man in August 2014. The idea isn’t new. For years, law-enforcement officials have pointed to sporadic bouts of “depolicing,” a related contagion that causes a slowdown in proactive beat work in the face of public recriminations of cops or dwindling department morale. After the 2001 Cincinnati riots, officers avoided confrontations, and homicides climbed. The 2014 murder of two Brooklyn beat cops prompted a temporary dip in arrests and rise in crime as officers publicly seethed over Mayor Bill de Blasio’s embrace of the Black Lives Matter movement. “Officers backed off, and shootings went up,” says Heather Mac Donald, a conservative scholar at the Manhattan Institute. “The depolicing phenomenon is very real.”

Not everyone thinks so. Among the skeptics is President Obama, who has made criminal-justice reform a goal of his final months in office and has been waging that crusade more in public than in Congress. On Oct. 27, the President told a conference of police chiefs in Chicago that despite spasms of gun violence in cities like his hometown, violent crime nationwide is up just slightly from recent years and remains near 50-year lows. Obama disputed the idea that the difficulty of patrolling communities where officers face rampant distrust had driven police forces into a defensive crouch. “What we can’t do,” Obama said, “is cherry-pick data or use anecdotal evidence.”

Comey acknowledged that the Ferguson effect is just a theory. But his remarks rankled some officers, who perceived the suggestion that they might shrink from duty as an unintended slight. Police are aware that any encounter gone awry can get splashed across social media, says Ronal Serpas, a former police chief in Nashville and New Orleans, “but it’s not going to cause them to suddenly become less professional.”

Some recent studies suggest that technology makes the relationship between police and communities better, not worse. When the entire force in Rialto, Calif., began donning body-worn cameras in 2012, complaints against cops plunged; use-of-force cases fell 60%. Researchers at the University of South Florida studied the Orlando police department’s use of body cameras in 2014 and ’15; in findings published in October, they concluded that cameras produced better behavior and happier communities. By the end of the experiment, many officers who had been skeptical about the utility of body cameras became believers.

Comey’s comments partly reflect the frustration of a proud community that feels scapegoated and distrusted. Even law-enforcement officials who call for more accountability say the transition will be tough for a profession in flux. “Five years or 10 years from now, every cop in America is going to have a body-worn camera,” says Jim Bueermann, chairman of the nonpartisan Police Foundation and a retired police chief from Redlands, Calif. “But along the way, the road is going to be very bumpy.” 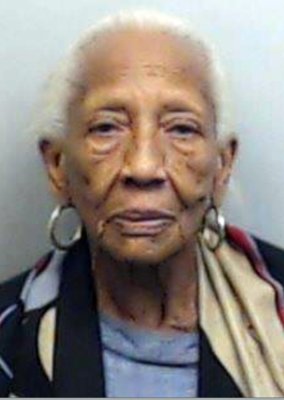