Demonstrators protest for freedom of opinion in China during the opening day of the CeBIT technology fair in Hanover, central Germany, on March 16, 2015
TOBIAS SCHWARZ—AFP/Getty Images
By Hannah Beech / Shanghai

China, the world’s most populous country, is used to superlative status. But a global study on Internet usage put the country in an unfamiliar position: last place. The Freedom on the Net 2015 report by American watchdog Freedom House found that even Internet users in Syria, Iran and Cuba had more unfettered online access than Chinese did. (North Korea wasn’t included in the ranking.)

Around half of Chinese are hooked up online — the world’s largest online population — but their Internet is very different from the one accessed by most other people in the world. A censorship apparatus that employs hundreds of thousands blocks content that is deemed politically or socially sensitive. Google, Facebook, YouTube, Twitter, Instagram and a host of major political and media websites are regularly banned within China’s borders. A recent crackdown on political debate has resulted in a neutered online space — who wants to download an activist tract or forward a political joke when it could get you detained?

Over the past year the Chinese government has also pushed foreign (and domestic) tech companies to essentially allow for official surveillance of their users’ online data and actions. At the same time, online research groups have traced cyberattacks on Western media and tech-freedom sites to China, meaning that Beijing appears intent to export overseas its cloistered Internet. All these factors led to China dropping three places from last year’s Freedom House survey to this year’s dead-last position.

The bad news documented by Freedom House is only half of the story. Chinese tech companies have thrived in recent years, their stock-market valuations sometimes rivaling those of their Western counterparts. In part because some foreign tech firms are blocked from operating in China, local companies have gobbled up market share. They have also created innovative, user-friendly products and platforms that have transformed China into a center of ecommerce. Taobao, WeChat, Baidu — these are major tech forces.

Still, it’s hard for China to fully integrate globally if its Internet is cleaved from the rest of the world’s. This story, written from Shanghai, could not be loaded onto WordPress, even when using a virtual private network (VPN), an often costly tech tool used to try to vault the Great Firewall. On occasion, Chinese factory owners cannot access their overseas orders because Gmail accounts don’t load. Chinese who once studied abroad cannot connect with foreign friends because Western social media is banned. At a time when China wants to accelerate its economy by promoting innovation, these online shackles and blinders are bad for business. And, as Freedom House documents, China’s online sphere is moving further away from the global ideal. The world’s most restrictive Internet nation: that’s one superlative China shouldn’t want to win.

Read next: The Other Side of the Great Firewall 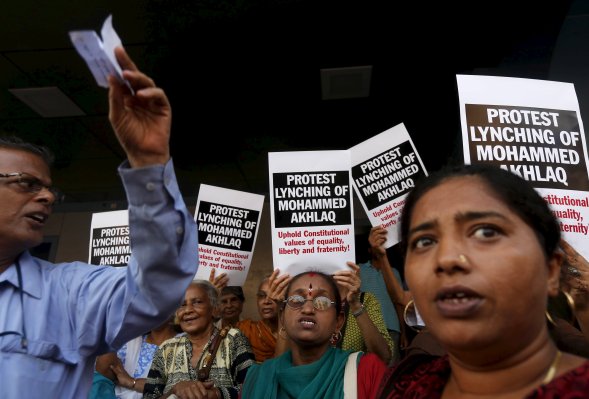