An eminent Indian scientist returned one of the country’s top civilian awards on Thursday, joining a growing chorus of anger at perceived intolerance and spiraling Hindu nationalism under Prime Minister Narendra Modi.

P.M. Bhargava, who founded the country’s Centre for Cellular and Molecular Biology, said he was returning the prestigious Padma Bhushan — the South Asian nation’s third highest award for distinguished work in any field — to condemn “the government’s attack on rationalism, reasoning and science,” he told the Times of India newspaper.

“The Padma Bhushan had a special place in my collection of more than 100 awards for science,” Bhargava added. “Now I feel no sentimental attachment to it when the government tries to institutionalize religion and curtail freedom and scientific spirit.”

Bhargava is the first in his field to return a major award from the government, but joins dozens of stalwarts from other professions who have done so in recent weeks. Thirteen filmmakers on Wednesday returned a host of national awards they had previously been bestowed, as students from the Film and Television Institute of India (FTII) — the country’s top film school — ended a four-month-long, ultimately unsuccessful strike against the appointment of a member of Modi’s right-wing Bharatiya Janata Party (BJP) to the school’s chairmanship.

Earlier this month, more than 40 Indian writers gave back awards from the country’s marquee literary association to protest two murders and their larger implications — the killing in August of a prominent atheist scholar and the lynching of a Muslim man for allegedly consuming beef (cows are sacred to Hindus) — which they said was impeding the officially secular country’s freedoms.

A series of isolated incidents have snowballed into a massive debate over diminishing freedoms under Modi and the BJP, with Hindu nationalist groups and even the party’s own representatives feeling emboldened to discriminate against minorities in the absence of adequate rebuke from the government.

The glut of dissenting voices from literary and creative fields has now been joined by the scientific community, over 200 members of which signed two online statements officially declaring their solidarity with the award-returning writers before Bhargava said he was giving up his.

“We reject the narrow view of India that seeks to dictate what people will wear, think, eat and who they will love,” the latest statement on Wednesday said. “We appeal to all other sections of society to raise their voice against the assault on reason and scientific temper we are witnessing in India today.” 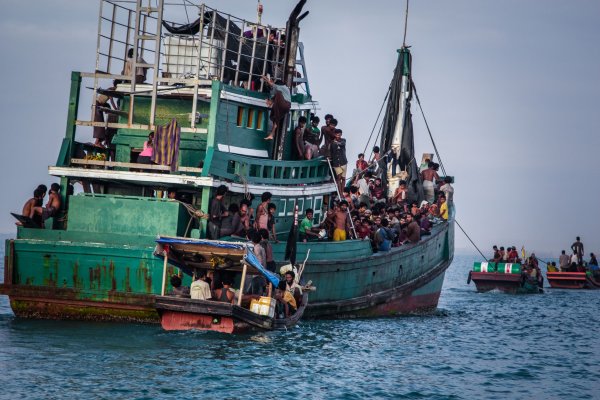