Donald Trump said Wednesday that he would feel comfortable if his employees brought guns to work, and he called gun-free zones “target practice for sickos.”

“I feel that the gun-free zones… that’s target practice for the sickos and for the mentally ill,” Trump said during the third Republican presidential debate. “They look around for gun-free zones.”

Trump also said he has a gun permit and that he would support lifting gun restrictions at Trump properties. “I think gun free zones are a catastrophe, they’re a feeding frenzy for sick people,” he said. 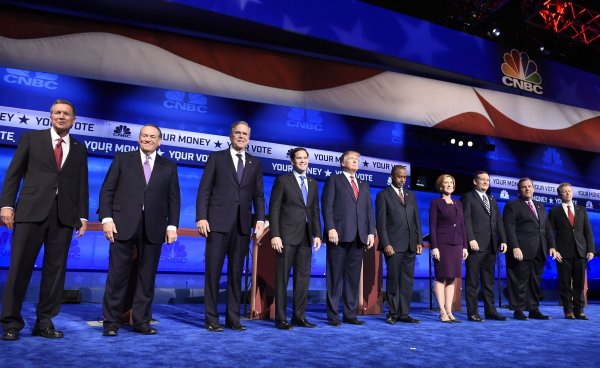 Watch the Audience Boo the Moderators at the Republican Debate
Next Up: Editor's Pick