Pollution from vehicles at the center of Volkswagen’s ongoing emissions scandal may have contributed to 60 premature deaths in the United States, according to new research.

The new study, published in the journal Environmental Research Letters, also suggests that as many as 130 additional people may die if the company doesn’t fix the problem by the end of 2016. The emissions problem will also add nearly half a billion dollars in social costs, researchers found.

In early September, the U.S. Environmental Protection Agency revealed the car manufacturer had installed devices in its diesel vehicles that cheated emissions tests. The software, called a “defeat device,” triggered reduced emissions of the pollutant nitrogen oxide only when a Volkswagen vehicle was undergoing an emissions test. The vehicles would pass the government-mandated tests while actually emitting 40 times as much pollutants as the Clean Air Act permits.

Volkswagen pushed back against the study’s claims in a statement to Health magazine: “General allegations regarding links between [nitrogen oxide] emissions from these affected vehicles and specific health effects are unverified. We have received no confirmed reports that the emissions from such vehicles may cause any actual health problem.”

Experts were careful to note that nitrogen oxide emissions from Volkswagen vehicles are one of a range of factors contributing to premature deaths. The harmful chemicals exacerbate problems caused by particulate matter, small solids and liquids that pollute the air, and are a risk factor for lung cancer and other cardiopulmonary ailments. People are significantly more vulnerable to the Volkswagen emissions in cities than in rural parts of the country, researchers found.

Study author Steven Barrett, an associate professor at the Massachusetts Institute of Technology, says that the results will help determine how the U.S. federal government may fine Volkswagen. “You want the fines to significantly exceed the level damage,” he said. 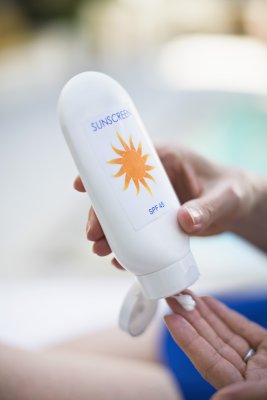