Why We Should Stop Blaming OPEC for Low Oil Prices

The OPEC (Organization of the Petroleum Exporting Countries) flag at the 164th OPEC meeting in Vienna on Dec. 3, 2013.
Alexander Klein—AFP/Getty Images
By Nick Cunningham / Oilprice.com

We are a little more than a month away from OPEC’s next meeting, which will be held in Vienna on December 4, 2015.

OPEC altered the course of the oil markets last year when it decided to cast aside its traditional role of maintaining balance through production cuts. Instead it pursued a strategy of fighting for market share, contributing to an immediate rout in oil prices. WTI and Brent then went on to dive below $50 in the weeks following OPEC’s decision.

OPEC is widely expected to continue its current strategy at its next meeting, and as such, no rebound in oil prices is expected, at least not because of the results of the group’s meeting in Vienna.

But that raises a question about what the world of oil expects from OPEC: Why is it that the responsibility for balancing the market falls on OPEC? Why should OPEC be the one to fix the imbalances in the global crude oil trade?

On the one hand, it makes a certain degree of sense that market watchers anticipated adjustment from OPEC. After all, the group has historically coordinated its production levels in an effort to control prices, or at least influence them. They could cut their collective production target to boost prices, and vice versa.

However, there is an element of imperialism and superiority in the expectation that the burden should fall on OPEC, which is largely made up of producers from the Middle East. It is a bizarre mentality to think that private companies deserve to seize as much market share as they can manage, after which OPEC producers can take what is left. Steven Kopits, President of Princeton Energy Advisors, laid out the concept very nicely in a Platts article earlier this year, in which he says the expression “call on OPEC” should be scrapped.

Kopits offers an interesting thought experiment. If the industry in question were, say, automobiles rather than oil, there is no question that such an arrangement would not be framed in the same manner. Imagine that the world thought it reasonable that GM or Ford could take as much market share as possible, and Toyota was expected to slash production if there weren’t enough customers left over. It is an absurd scenario, but not so different from the world of oil.

Why is it that we expect OPEC (and since Saudi Arabia is the only producer with the substantial ability to ratchet up and down production, we really are talking about Saudi Arabia) to cut output in order to help out American oil producers? Saudi Arabia and its fellow OPEC producers have their own interests, and if they believe producing at a certain level is prudent, it is a bit curious to argue that they are “declaring war on U.S. shale.” But that is exactly what happened last year when they decided to leave their production levels unchanged.

Moreover, while cutting production would help to increase prices, OPEC would lose out from selling less oil. It is not clear why OPEC should, in effect, subsidize higher cost production from around the world. Saudi Arabia tried to cut production in the 1980s to rescue prices from rock bottom levels, but it only led to the loss of market share. It is no wonder that the oil kingdom is not keen to go that route again.

Even leaving all of this aside, it is hard to even discern that such a “war” is actually taking place. After all, OPEC has only slightly increased output from 2014, and much of it came from Iraq, which has been trying to increase production at all costs, regardless of OPEC decisions. Iraq is not subject to the quota restrictions, and so it is pulling out all the stops to increase output.

The U.S. on the other hand, has aggressively increased output. It is easy to see that much of the responsibility for the crash in oil prices stems from a massive spending spree in the U.S. shale patch, which increased output by around 4 million barrels per day between 2011 and the peak in 2015, nearly doubling production from 5.6 million barrels per day (mb/d) to 9.6 mb/d. OPEC’s production, meanwhile, hasn’t changed dramatically over the same time period.

In this light, why is it that OPEC’s decision to leave its quota unchanged in November 2014 elicited calls that the cartel was waging war? Why is the world not calling on U.S. shale producers – which have a much higher breakeven price – to get out of the business so that other oil producers around the world can survive? In any other sector, high-cost producers are forced out of the market. Nobody expects the stronger producers to cede ground to weaker ones.

U.S. production is now down by about 500,000 barrels per day since April. Oil prices will rise over the next year or so as U.S. shale is forced to cut back. That adjustment – high-cost suppliers forced out – is how markets are supposed to work.

Nevertheless, as OPEC heads to Vienna in six weeks’ time, there will undoubtedly be more headlines about OPEC continuing its war on shale. 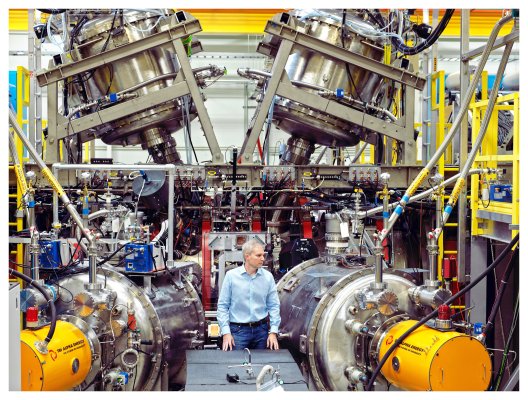 Inside the Quest for Fusion, Clean Energy’s Holy Grail
Next Up: Editor's Pick