Halloween is here, a time when many parents of young children often experience conflicting emotions. Many feel excitement that their child is dressing up and trick-or-treating. But at the same time, some parents worry that their child will find Halloween too scary.

But research conducted by my colleagues and I shows that, despite occasional errors, children are actually quite good at making the fantasy-reality distinction by the age of 3 or 4. Our research showed that preschool-age children use many of the same cues that adults use to make this distinction. For example, preschoolers are more likely to think that something is real if a doctor is associated with it versus a dragon. So they pay attention to context. Children also use the presence or absence of evidence to make decisions about what’s real.

There may even be potential benefits of putting on a costume. Through pretending to be someone or something else, children can explore alternate identities. They do this by using their imagination, something that arguably does not get enough exercise anymore in these times of electronic devices.

Consider a child who is dressed up as a firefighter for Halloween. For a short time, that child sees herself as someone who is strong and brave, who helps people, and who works as part of a team. Using their imagination in this way potentially exercises a number of cognitive skills including storytelling, perspective-taking, and exploring different emotions. Perhaps most important, it also requires keeping track of the reality-fantasy distinction, which is key to not being scared by those costumed witches on the street.

Are some alternate identities more beneficial than others? My colleagues and I believe that certain types of imagination may have unique benefits for creativity. Some alternate identities are quite realistic, like a police officer or scuba diver. Others are way-out fantastical, like a unicorn. We think the in-between level, what we call Fanciful Imagination, has the greatest potential benefit. Here, children might explore identities that are real but unusual, such as a medicine man or a deep-sea diver. We think the unique balance of fantasy and realism at this level may potentially aid creative problem-solving.

It’s important for parents to remember that children do understand the distinction between fantasy and reality—they just sometimes have trouble keeping it at the forefront of their consciousness. So, if they do lose track of it, and get a little scared, all you have to do is remind them, just as adults might remind themselves that the scary movie they are watching isn’t real. Or you can just let them go—let them be scared within reason—because after all, sometimes it’s fun to be afraid on Halloween.

Jacqueline Woolley is a professor and Chair of the Department of Psychology who studies children’s understanding of reality at The University of Texas at Austin. 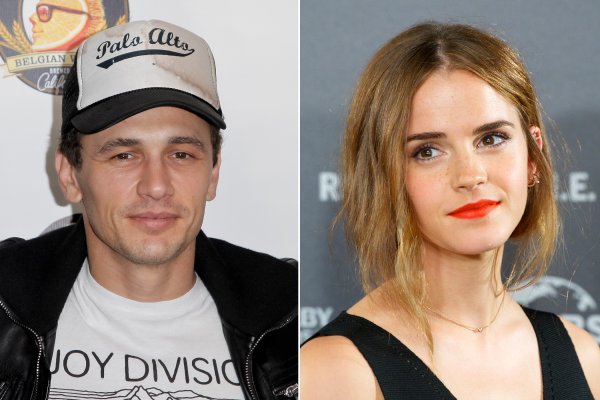 James Franco Trolls the World With Emma Watson 'Tattoo'
Next Up: Editor's Pick