Soldiers with the Afghan national army stand guard near the dead body of a Taliban attacker in front of the main prison building after an attack in Ghazni province, eastern Afghanistan, Monday, Sept. 14, 2015.
Rahmatullah Nikzad—AP
By Nash Jenkins

Afghan authorities have transported 150 prisoners to Kabul from a prison in the country’s south in response to the threat of another Taliban-orchestrated jailbreak, according to a report from Reuters.

Over the past six weeks, Taliban militants have attacked two Afghan prisons to free nearly 1,000 inmates, a number of whom were Taliban affiliates themselves. Clashes last week between state and extremist forces near Lashkar Gah, the capital of the province of Helmand, heightened official sensitivity to the threat of an attack on a nearby jail.

“There was a rumor that the Taliban would attack the main prison when they were fighting with Afghan forces on the outskirts of Lashkar Gah,” said Helmand police spokesman Shah Mahmood Ashna. “We transferred some of the most dangerous prisoners to Kabul.”

Read the full report from Reuters. 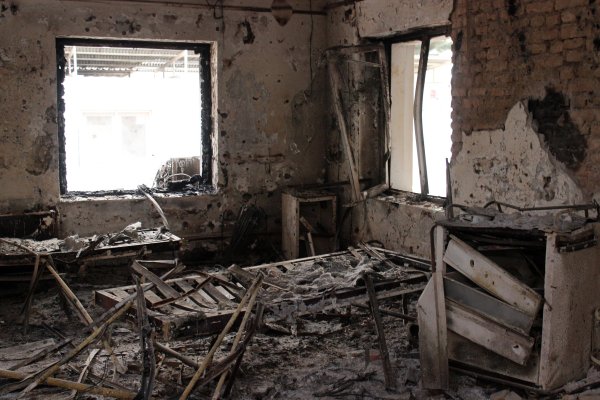 Investigations Into U.S. Bombing of Afghan Hospital
Next Up: Editor's Pick